First the Test, Then the Lesson

Life is all about learning. However, have you ever noticed that the test usually comes first and then you learn a lesson? Think about it. Stuff happens and then you learn from it. What about this other saying, "You learn something new everyday"? I'm pretty much convinced that is the truth no matter who you are. And boy, am I learning.


Scoliosis is Not Easy

My biggest learning curve right now would be how scoliosis is still affecting parts of my life. For anyone who doesn't know me, I have had spinal fusion surgeries to "fix" the curve. However, the fusions have caused other issues. The doctor I saw most recently said it best, "You cannot gain something without giving something up." The fusion corrected a wayward spine, but it took away flexibility. And though I might not feel as changed on a daily basis (despite the problems that are manifesting now), my body isn't done transitioning. The night before last also taught me that I'm not as tough as I thought. I haven't cried so hard in a long while. How can this mother of 4 be brought to her knees so thoroughly? How about when your ribs don't flex as you breathe and you feel like you are being stabbed in the lungs.

I had just sat down with pen and paper to write encouraging letters to my sons in time for their STAAR test. Their teachers had emailed that this is how they wanted to build our kids up and give them confidence for this great undertaking. So of course I want to do it! Out of nowhere, I gripped my mid-upper abdomen. It started as a shooting pain, so I started breathing shallow to keep from pressing too hard. Just under the cartilage, or bones, of my rib cage in the front is where it was. I tried standing up. As we sit, everything gets squished together. Sometimes standing elongates everything and I feel like I can breathe again. You see, pains like this aren't new to me. But normally they only last about a minute or two. I stretch. They go away. This time was not going to be so easy. Every time I inhaled, it was like someone slid a knife in my lung. I tried massaging the area and pressing where it hurt. I also tried stretching my arm. It kept getting worse. Every breath, no matter how light, was killing me. I stumbled to my bathroom to get my last muscle relaxer. I had been prescribed some the last time I had a "muscle spasm". It was very similar to what I was going through this time around, except that this time I could move my arm without pain. Last time, I was unable to move anything waist up on that side without feeling like I was being tortured. I texted and called a nurse friend of mine. It hurt to talk, to breathe, to just ask her opinion. Knowing my history as she does, her first worrisome thought was that a lung had collapsed. And let's face it, as much as I was struggling and hurting, I freaked out.

I hung up with her and laid on the floor. In my head, I kept praying for relief while hoping that it wasn't a collapsed lung. I didn't realize it, but I was crying and gasping for air so loudly, that my oldest son came to check on me when he woke up to use the bathroom. He was asking if I was okay and if I need him to wake Daddy (who was sleeping for work). I was torn. On the one hand, I did want my husband to come and at least sit with me. But he had to work that night. So he needed to sleep. When I could not take it alone anymore (especially with my toddler throwing her toys on my chest to "help" me), I nodded my head and my son ran to wake my husband. All he could do was stroke my face and tell me to breathe. And that was enough. I laid there crying and clutching where it hurt. After a while, the pain ebbed enough to let me relax. I still had spasms, but they were fewer and farther between. For safe measure, he ended up calling in that night. 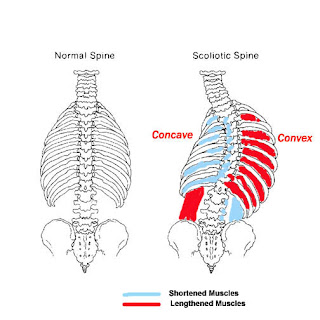 We decided to wait until morning to get me checked out. Unless the pain kicked in again. I stayed restful for the night and we went to the clinic in the morning. After 3 tests, the doctor concluded that some of my ribs are not moving. And by staying rigid, it confines my lungs. The muscles then react at times by stiffening up. Which causes the spasms. Which then trigger the stabbing pains. Suddenly, other things made sense. Like why I feel like I'm not getting enough air all the time. Why I feel as though my chest is constricted. Why I am always trying to stretch my torso. It is because I really can't breathe deeply anymore.

I felt quite pathetic. After all, I have a husband and 4 kids who are relying on me. I don't have time to deal with such restrictions. Even as I type this out, I'm trying to breathe and feeling like there isn't enough air in here. 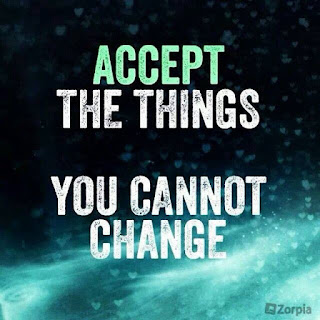 The ultimate lesson I've learned? Acceptance. Accepting that this is what my body is. This is what I'm confined to. And I have to live with it until my new doctors can find a way to fix it. I pray daily for the strength to battle the pains. And now for the strength draw breath. It isn't easy. And I feel pathetic more often than I care to admit, but I know I have to accept what has been dealt and work with it. I have to keep praying and holding on to hope that one day this will all get better. Ultimately, I don't know what God has planned. I just have to trust that it is for the best. And hopefully that it will help someone else who may have the same type of problems to understand their condition a little better.
Posted by TheNerdyUnicorn

Email ThisBlogThis!Share to TwitterShare to FacebookShare to Pinterest
Labels: back pain, life, scoliosis