This past weekend, we were out running errands and decided to stop in for lunch. Bubba's 33 has just opened off the IH35 and Pat Booker exit. Its on the corner near the Forum. They boast Pizza, Burgers and Beer at this sports bar-type place. Wall-to-wall tv screens are all playing sports channels (except the one playing music videos). The music is more of the classics and country from the 70's to present. Not as kid friendly as I'd hoped. It is loud like Buffalo Wild Wings or Hooters. A little hard to hear each other.
For their first Sunday, they were stretched pretty thin. You'd think they would have had more people on hand. A new restaurant near the Forum? On the weekend? Yes, that should be a no brainer that it will be busy....
I'm giving grace to the waitress we had originally. She was in training that day. Our actual waiter was constantly running, but at least checked in. We just had a little longer wait than I think would be normal.
About the food... We ordered the onion ring appetizer. 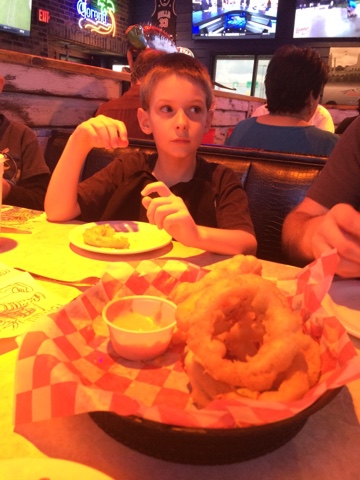 They were really good. Fluffy and fresh! And I really loved the Bubba Sauce that came with them. I ordered the Bubba Bacon Burger. 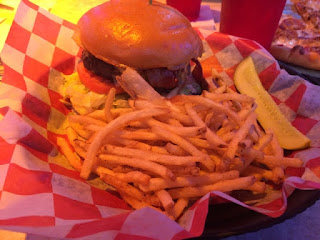 Sadly, it wasn't well done all the way through. The edges were crispy and everything on it was fresh and good. Just could've cooked a little longer.
My fiance enjoyed his 12" Meaty Meaty pizza. 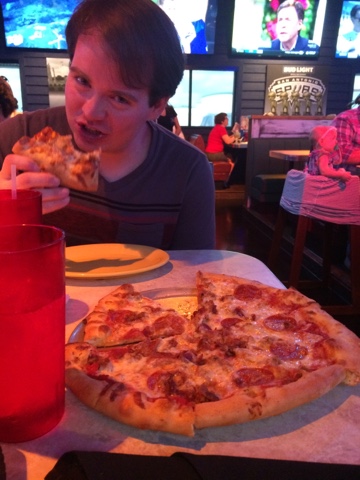 A little too much pizza for me, but well cooked. His drinks weren't he greatest though. His tea was more like water, sugar and a slight hint of tea. Very watered down. He ended up asking for a strawberry lemonade. The first one was fine. His refill, however, was the strawberry lemonade and they added something carbonated. Almost like she accidentally started to put in Sprite and remembered what he really wanted and then added that?
My daughter wiped out her mac-n-cheese, my oldest devoured his cheeseburger and my middle child loved his cheese pizza. 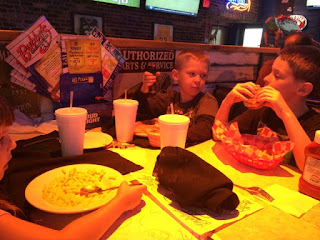 Just be careful of the kiddos with the shoestring french fries.
They also advertise a free pizza for joining in their MVP program. 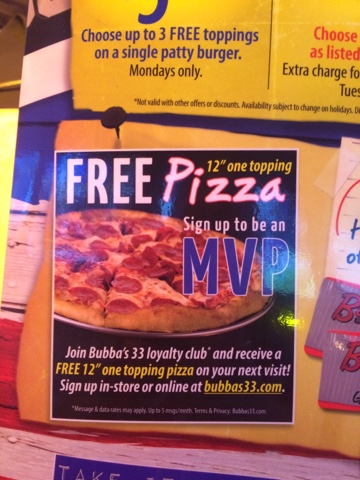 Could be fun for an adults-only outing. Just pick a better time when they have enough staff and attention can be paid to your service.
Posted by TheNerdyUnicorn