1 a :a blustering, browbeating person; especially :one who is habitually cruel, insulting, or threatening to others who are weaker, smaller, or in some way vulnerable

I'm beginning to think that being bullied is a curse that has run through my bloodline. My Mom was introduced to fighting in defense when bullies picked on her and her siblings. I went to public school from pre-k to 3rd grade and was told that if I stayed in the system any longer, my Mother would have to teach me to fight as well. What she didn't know, is that 3rd grade was when I learned to fight psychologically. But you get the point. Looking back, my Mom had all these stories of confrontations that made me feel like she truly was a Wonder Woman. Physically, I'm not the strongest, but mentally, I will break you. Now, as a mom, I'm having to watch my own kids deal with bullying. But today... Oh no. Today, it went a step too far. What happened? My son was hit in the leg with a cell phone. Hard enough to leave a mark. We will see what the school has to say about it in the morning since it was too late for them to contact me back after my kids got home. 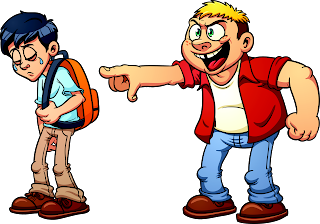 As a parent, you never want to have your kids fall prey to a bully. You also don't want them to become a bully. As a Christian, we learn that we are to turn the other cheek and let God punish our enemies. "Do unto others as you would have them do unto you." The Golden Rule. And we teach it well in our house. But... I won't let my children get beat up. Not any more. Verbal abuse is one thing. I'm teaching my kids to handle that with positivism. So how do we combat the physical abuse?

My kids look up to me for not being afraid. After all, they watched me stand up against the physical abuse their father put me through before the divorce. I shielded them, protected them and took the force upon myself. But I can't do that on the bus or in the school hallways. And though we have been in contact with the school, it seems to be escalating now. Before, they were throwing accusations and screaming profanities at my children. Then one of them laid his hands on my daughter and I took to arms with the vice principal. They went back to verbal abuse and I told my kids to pretend that those bullies didn't exist. Focus on something or someone else and shut their mind to the words that were meant to hurt them. But you can't do that with a physical attack. 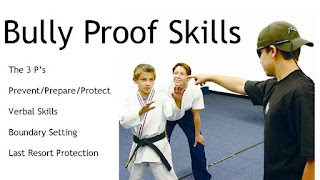 So what am I to do? Well, my first move is to escalate the response from the school itself. I won't take a, "Well..." answer. Depending on their response, I just might have to teach my children self defense. Don't get me wrong, I won't have them pummeling everyone who crosses their paths. However, learning to block someone is a great skill to have. Learning to bob and weave. To keep your fists at eye level. And if that's not enough, then maybe we will introduce something more. We are blessed with long legs. Powerful ones. I can attest to the damage they are capable of causing when there is need for it. But only as a last result. And only when politely requesting they back off doesn't work.

Mama don't play. And she doesn't just sit there wrapping a wound with a sweet, "I'm sorry, but this is just the way it is." My kids are not going to be victims to someone else's brats. Not anymore.

How would you address something like this?
Posted by TheNerdyUnicorn