When All Else Fails

Gotta say, I'm disappointed. Bullying has become so common place. Sadly though, the adults we tell our children to turn to, are just as bad as the kids. Because of my involvement and the lack of true support from the school, the situation has escalated. Now, I'm going to have to go in person and truly lay down the law with the Vice Principal herself. 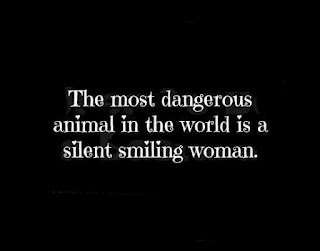 My kids have been banned from having any contact with three kids. These kids are known to me as liars, vandals, manner-less, and just downright mean. I've seen them in action and know what they are capable of. Their parents on the other hand are completely clueless. They think of their kids as great. But it has come to my attention that the girl in this group is the worst. Since being banned (reinforced by her father after I refused to bend to his attitude), she decided to torment my kids and any others who associate with them, in a roundabout way. In essence, she is having other kids do her dirty work so that she can continue to dominate the bus. Since when are second graders so devious?!

My kids have been told to act like she is no more than a fly buzzing in their ears. You wouldn't talk to a fly, so why bother with answering her or telling her to go away? Just pretend to wave her away and continue with what you are doing. I thought that would solve the problem. But no. She got other kids involved. Got them to listen to her rumors. They accused my son of using a word he doesn't know exists. The N word. She told her dad that my son called her that and stuck up his middle finger. Know what I heard from students who witnessed it? She's the one sticking up that middle finger and saying nasty things to my kids. It was when her dad confronted me that I told him his daughter was a liar and I warned her to stay away from my kids. Guess who wasn't happy with that? You know he had the gall to bring his "gang" of family to stand around the bus stop and yell at the kids? Wonder where his daughter gets her thuggish attitude from.

So yesterday, my son was hit by another student, in the leg, with a cellphone. Today I called the school back, because I hadn't heard from them about the incident. I was told that my son couldn't identify the kid from 2 pictures presented to him. Hmm.... Then why didn't you check the security camera from the bus? Oh yes, things are so bad, they have to have cameras on the buses now. They had two adults on that bus, and neither of them paid any attention to what was happening behind them. I get that the driver has to focus on the road, but why can't the other one monitor the students?

So today, I did what needed to be done. Before all the kids could climb off the bus, I climbed on. I demanded they point out the kids who attacked my son. Then I announced to them all, "The next kid who lays a hand against my children will answer to me." I had half a dozen kids pointing to the brat that hurt my son. I told him I'm going to the principal tomorrow. And that he better stay away from my children.

Then came the truly scary part. One student followed me off the bus and announced that the girl (who hasn't left my kids alone after all), was choking another student. He demonstrated the arm hook technique. She had had a little boy in a choke hold. That boy also came forward and with a scared look in his eyes told me he was fine. He didn't want trouble. I told him to tell his mother. This behavior is unacceptable. Since when are 2nd graders so dangerous?! What is wrong with this girl?? Then another mother comes up and asks if the child who hurt my son was a girl. She went on to explain that she knew my son from hearing about him from her son. They are buddies. And because they are buddies, this little girl has been "nasty" to her son. She sneers at this little guy and tells him to "go sit with your crybaby buddy" while pointing at my son.

I cannot tell you just how strong the surge of emotions have been since then. This child is evil. And she is manipulating the other students to get her way. That is, until now. Heaven help her, because now its my turn. And the school better hope they have a better answer besides, "We don't know what's going on." Guess what, I do. And I know what you need to do before this escalates.

My children are my everything. No one hurts them and gets away with it. I didn't let their father, I'm certainly not letting some bratty stranger. 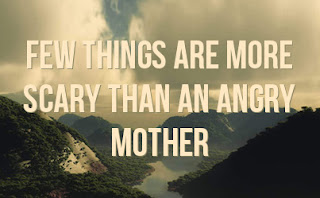 My mother pointed out something in a comment she left on my other post. It takes a bigger, meaner bully to battle a bully. And I'm inclined to agree. It seems like they are getting worse with the times. I think back to the days when I was physically attacked. How often I was sent to the nurses often and my mother called. Looking back, I feel pathetic about it. Then I learned to break people mentally. Third grade was hard. Until I learned to use the one thing you hate about yourself to tear you apart. While I don't feel proud of what I did, it protected me from being hurt more. I won't teach my kids that technique. Yet. However, I'm going to teach my kids self defense. No more will I let them be hurt. They will learn to fight back. To prevail. The schools need to fear the bullies created by those that go unpunished. A slap on the wrist does nothing to those who are not taught at home. After all, they are already in prison. School is just that these days. And if they are not getting proper guidance at home or being disciplined, then it doesn't matter what is said.


Where have we gone wrong, that such monsters are loose among our children?
Posted by TheNerdyUnicorn