I love to dress up and do cosplay. Which is why I have a large tote full of costume stuff for our family. Also why my kids have costumes to play with any time they want. 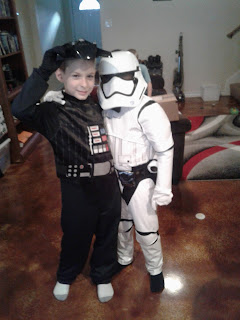 You can dress up and for that time, be someone else. Someone you wish you were. Someone you admire. Your favorite hero. To me, its a blast!
I currently have a handful of costumes. I have a complete Sweet Pea from Sucker Punch costume (even down to a blond wig). 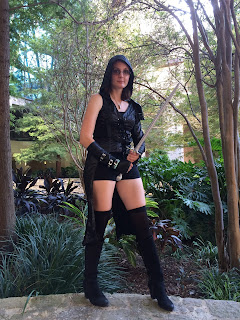 I've been a Lady Phantom of the Opera. 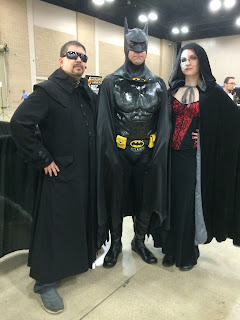 I'm just about done with my Lara Croft cosplay. 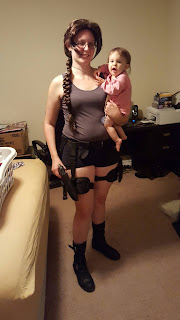 Spent a few minutes in between loads of laundry this week, painting the toy guns I had picked up last summer. I love these because they were cheap (Walmart cheap brand of imagination toys), look like the type of gun Lara would use, and they make the sounds of being cocked and fired! 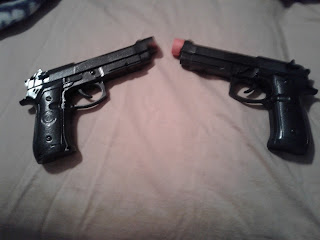 Per cosplay regulations, I left the orange tips slightly showing so that others will know they are toys. Now, all I have left is to fix the leg holsters I had bought from Spirit Halloween last year. They turned out to be too small for these guns. Plus, it's generic. So both guns are facing the same way and it looks silly. I plan to pull out my needle and thread and *fingers crossed* fix it!

And eventually I want to have a Wonder Woman one as well. The other costume I want, is a realistic Steampunk one. The one I have now, makes me look generic, and with a red wig, like a steampunked version of the Scarlet Witch. 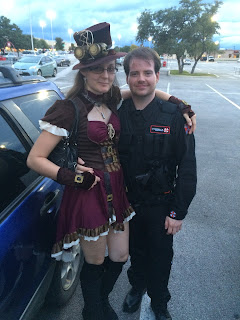 While we were hiding from Hurricane Harvey in Waco, we went by a Dirt Cheap store. If you don't know what they are, its sorta like Ross. They get the scratch and dent items from retailers though (saw a lot of Target labels there) and sell it at a fraction of the retail price. It wasn't as awesome as I had hoped, but it still had some cool things. We picked up a set of Star Wars books that comes with an electronic reader device that would've been $29.99, but we paid $9. Then we went through the mountains of Halloween stuff they had. Found my oldest son a Deluxe Navy Seal costume. Came with multiple toy weapons, full jumpsuit, and belt. 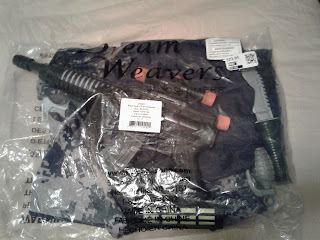 Normally this sells for $23.99, but we only paid $12.He can't wait to wear it to the party we plan on having to celebrate his birthday and Halloween! The same time we go for that, my husband plans to dress up as Darth Vader and pay a visit to his sisters class. Last year, when her class was going over family, she showed her students a picture of our family in costume. She pointed to my husband, who was in his Darth Vader cosplay, and tells her students, "That's my brother." From that moment on, they were convinced that her brother was really Darth Vader! This year he has plans to upgrade his outfit so that there is a voice changer in the mask as well. 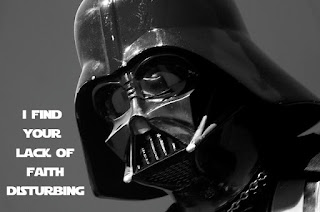 I didn't get to cosplay at any cons (conventions) this year. Next year, just maybe, I do hope to. The neighbor across the street even wants to join in! Who knew?! Its a small world when you meet a fellow Nerd in your own neighborhood.

So what about you? Are you the type to get hyped up for Halloween because you get to dress up? Do you dress up for cons too? Are you a closet nerd who seeks to show this side of yourself only in the presence of those just like you, or do you scream it from the rooftops?? I'd love to hear about your costumes and where you wear them in the comments below.
Posted by TheNerdyUnicorn