This past week has been... stressful to say the least. It is a wonder that my blood pressure stayed normal at my doctors appointments. There have been so many appointments. And then my older daughter caught strep. Again. We had an impromptu visit to the clinic on Sunday, with her missing school the next day.

On Tuesday, we had an appointment with a psychologist as referred by my children's pediatrician. I confess, I was confounded by my boys' inability to master the bed-wetting issue. We had tried everything. Pullups, no juice or sweet drinks, nothing to drink after dinner (usually around 5PM) and even waking them up (if you can call it that) to go potty in the middle of the night. Nothing worked. They continued to sleep like the dead. And still wet themselves nightly. After seeking advice from the pediatrician, he told us it was high time we went to see the psychologist. I didn't want to get my hopes up, but at the same time I did not want to give up all hope.


A doctor I can respect!

She was nothing like I expected. A seasoned woman with 40 years of experience, working with kids. And very traditional. She had no qualms with telling my boys that they were old enough to change their sheets, make their beds, put away their clothes, etc. She also told them that by law, I need only provide food and a roof over their heads and that they needed to be responsible for keeping themselves cleaned and be thankful. Talk about earning my respect immediately! As a matter of fact, she told them that we are changing their diets and they will eat what they are given without complaint or they may as well accept that they will be wetting the bed for many more years to come. 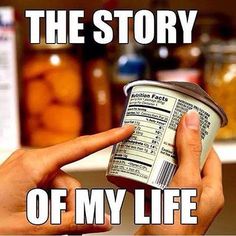 I was a little concerned by her declaration of the diet changes. Drinking water - check! One sweet per week - check! Wait... that means no cereal and no poptarts unless that is the one sweet they choose for a week? Okay... I suppose that isn't so bad. And then the big one. No more than 1200 mg of sodium a day. What does that mean? More fruits and veggies? We can handle that. No chips? Hmm... okay... "Read labels." Do you know what I have learned since starting this practice? Too much. The amount of sodium in EVERYTHING is appalling. No wonder the blood tests showed normal for me, but high for my oldest boy.On average, we consume about 4,000-5,000 mg PER DAY of sodium. The night we had dinner after our appointment, I measured out the "Suggested Serving" sizes and counted up how much it equaled. A single serving was about 2,000 mg. We are talking a single cordon bleu breast, half a cup of au gratin potatoes and 2/3 a cup of mashed potatoes (kids and husband wanted two kinds of potatoes, normally I have a different side). I was floored! Starting looking in the pantry. I had just bought snacks for school. Huge multi-pack of crackers and a couple bags of single serve chips. Those little bags alone are about 300 mg each. 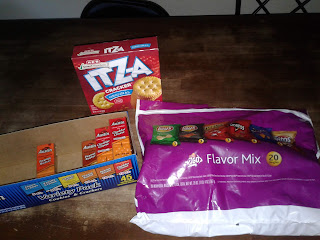 I don't know how well this will work out. We have decided to do this as a family. All for one and one for all! But oh man.... I'm struggling. I keep wishing we could just not do this anymore. At all. We even talked about only trying to get it lessened. Like maybe cut our salt intake by half? Just gotta get the kids trained to not pee in the bed anymore. I can't wait until we can have sweets back too. But I am loving the more vegetarian-like approach. Loading up on fruits and vegetables. I just need more meal ideas.... Got any??
Posted by TheNerdyUnicorn