What the heck is wrong with this world?! 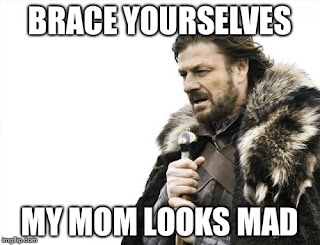 The first week of school is not even completed and already we parents are in uproar. Judson ISD Transportation - you are in for a rude awakening. Tomorrow morning, the local Kens5 News crew is coming to investigate the injustices our kids are enduring on the bus system. And they will be met by a bunch of angry parents in the process.


Always changing something that worked to something ridiculous.

I have been trying to get in touch with someone about the bus route. This year, they have the stop in a dangerous spot. Kids have to cross the street in front of the bus to enter its doors. With cars that don't often want to stop or have a tendency to try to turn around to avoid waiting for the loading and unloading. Moving cars and kids in the same street = danger, in my opinion.

They are riding a different bus nearly everyday, but all of them have little to no AC and they are not letting the windows down due to "liability" and "dust" issues (depending on who you talk to). Don't know about you, but my kids, in 100+ degree weather, in what could be described as a giant metal can on wheels makes my blood boil within me.

Then, today, my son tells me that he is being bullied by a "big kid". Guess which Mama is going onto the bus tomorrow? I did it last year and I will do it again this year. Touch my kids - you answer to me!
This is a healthy reminder to all parents. Watch, listen and be ready to act. Our kids depend on us. We have to stand up for them at times. And for those other times... well, let's just say that I'm going to be teaching my kids how to handle unwanted touching. And if someone else's kid gets hurt - they gonna learn to keep their hands to themselves. I've had a lot on my plate this week, physically and mentally speaking, and this is the straw breaking this camels back. Tomorrow is gonna start with changes.
Posted by TheNerdyUnicorn