Finally! It is Back to School! I mean... whaaatttt?!

Don't get me wrong. I love having my kids with me. It just seems like a break from them wouldn't be so bad... This summer has flown by so quickly. And we have had some good moments in it. Not as much as I wish, but enough to be satisfied. We also got things done. Doctors appointments for the kiddos have shown me that the three older ones are above average in height. No wonder their pants look short on them. Shots were administered. 'Nough said. I let the kids work on exploring with foods. They had to make their own lunches on occasion. That is when my younger son discovered he liked this concoction. 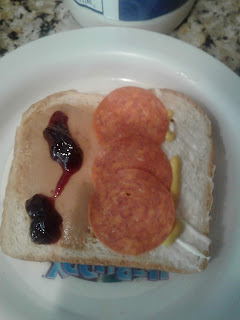 The van is fixed, thanks to help from my Dad. With the warning that we are entering the time when bigger problems usually start manifesting themselves of course. Fingers crossed and prayers being said that we can keep the junker going a little longer. We came to the decision that we would drive to my in-laws less. Not a choice we made lightly. My husband still has school and work in other cities, so we have to cut extra miles where we can. We did go to the park. Once. It was fun. I made a picnic dinner and they played until the heat slowed them down. I even made cookies. Oreo stuffed ones. 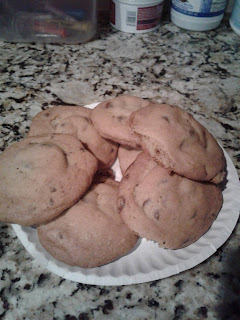 Bad day at the doctors office left me feeling like I needed comfort foods, so I had a night of cinnamon rolls too. Something about bad interactions with medical personnel to leave you wishing you could punch something. Instead, I had my sugar overdose and started making the appointments I was told I needed.... 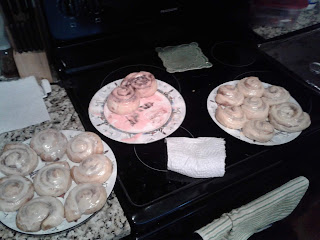 Now it is time to get back into the rhythm we knew so well. Waking up at 6AM all over again. Doing homework in the afternoons before dinner. Just the busy schedule that I haven't really missed.

But that's not all!

I have up to five months to pack and clean the house for the next move. Normally, I'd say that's a lot of time to get it all done. But with the kids underfoot, especially the clingy toddler, and the pain slowing me down - well, let's just say that I've decided to get a head start. Plus, I think we are going to have a yard sale. We could use the extra cash.

But it is not the only reason I want to keep busy. I have some tests coming up that have me worried. So much of me is falling apart already. Do I really want to know if I have kidney issues? Or the results of the ordered brain scan? Hmm... Nope. Don't want to know if there is something wrong with those two things. I have been referred to see an ENT as well. To see if my hearing, or ears in general, is causing my dizziness. And then the fun part - going back to the neurologist. After all, his initial diagnosis proved incorrect. So the primary wants me to go back for round two with that guy. Though, if I'm lucky, they will have another physician I can consult with. Otherwise, I'm gonna have to tell the quack that I'm not like all the other women who are prone to fainting and high anxiety. 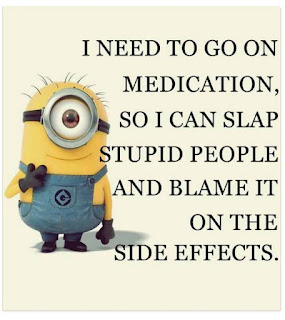 I'll show them anxiety.  My primary prescribed me another seizure control medication. Said the name once, but wouldn't repeat it when I told her I wanted to look it up. So I had to call the pharmacy and ask them what it was. Gabapentin. This is what WebMD had to say about it.

Reminds me of a great Tim Hawkins segment.

I won't have seizures or nerve pains caused by shingles. But these are the side effects:

Already have half of them - so they will get worse? Can only take it before sleeping? What about the pain during the day? So here is to the end of summer! And all the craziness it will bring.

Psalm 43:5 Why art thou cast down, O my soul? and why art thou disquieted within me? hope in God: for I shall yet praise him, who is the health of my countenance, and my God.
Posted by TheNerdyUnicorn

Email ThisBlogThis!Share to TwitterShare to FacebookShare to Pinterest
Labels: back to school, life, moms