Or as I like to call it, Singles Awareness Day!
This year, my Mom was showing me the Valentine's Day boxes that her kiddos made. I was pretty impressed. There was a robot one from her youngest 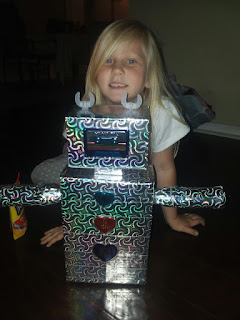 and a plane from another. 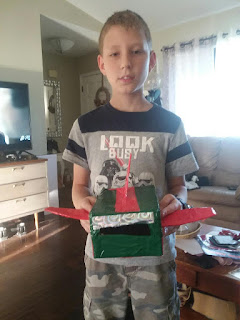 I went on Pinterest with my kids to look at ideas. Especially since today was a snow day. We had some more snow and ice. Not enough to make a snowman or snowball fight, but enough to make it slippery. 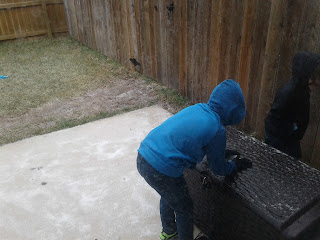 My kids have basically had a 4 day weekend. And unless they are playing video games, they are getting bored of being indoors.

So I showed them Valentine's Day box ideas. And asked what they thought. They were super excited. Mostly because they love doing crafts and are not intimidated by them like I am. I'm getting bolder with my creativity. Much like I used to be when I decorated a wooden doll house I built with my Dad. I created a board on Pinterest for the ideas we liked most. They each picked a theme for their boxes. My oldest wanted a Plants vs Zombies box, my other son wanted to make his look like an Xbox console and my daughter wanted Elsa's castle. 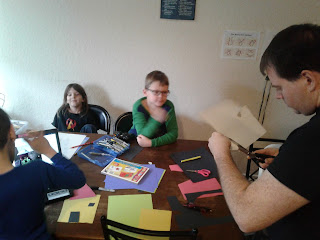 We got started. I scrounged around and managed to find 3 boxes. While looking for paper to cover them, I actually found a shoe box. After I had already started using the tissue box and two small Amazon boxes... But it's all good. I will keep that shoe box for another project later. 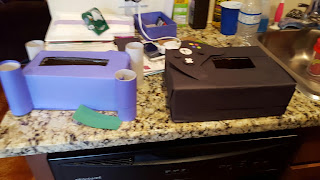 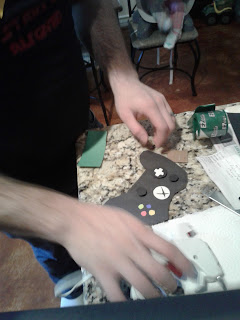 For the princess castle, I had beads and ribbon to add little decorations. She wanted a snowy look, so I used pearls to look like delicate snow falling. We printed a tiny Elsa picture to put in the doorway too. We used toilet paper rolls to make the towers on the corners. 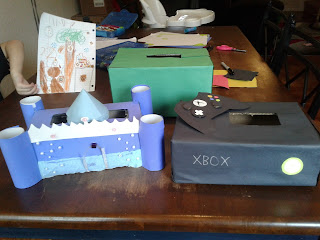 I'm not a Plants vs Zombies fan, so I had to follow my sons lead and have him tell me what he wanted. I also found one that had been made on Pinterest and loosely followed the design on the box we made. We printed out characters since he didn't have toy versions.

Overall, I'd say I'm pretty impressed. These look fantastic! And my kids are going to be the cats pajamas when they bring them to class to collect their Valentine's. What about you? Are you and your kids making anything like this? This could even be good for on the office desk... After all, who says employees can't give Valentine's? Share your ideas in the comments below!
Posted by TheNerdyUnicorn