Returning to the Wonder

Last night could only be described as magical. No, I did not pay a visit to a Disney castle. No, Harry Potter was not involved. Instead, I had the immense pleasure of being granted a white night in December. For the first time in my memory, I was able to see snow. Not just ice and slush. Fresh, sparkling, wet snow. The kind you can build a snowman from. The very type you can mold into a ball and throw at your children and spouse. It was a glorious sight. And one that this southern belle never thought she'd see without a trip up north. 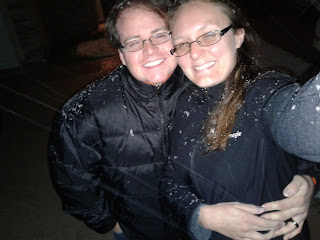 It will be a memory I hope to treasure for the rest of my life. My husband came upstairs as I was on the computer and says, "It's snowing outside." I made him repeat it. Surely, we were not getting snow. We are too far south in Texas to dare hope for something so majestic. But he said the same words, "Its snowing outside!" I ran down the stairs and to the back door where there curtain was already pulled open. White specs were floating from the sky, coating everything in a blanket of frozen beauty. Suddenly, it was as though I had become a child consumed in awe. What had happened to our world that such a sight was possible from my own backyard?! I couldn't wait to be outside in it. I wanted to feel the cold and bask in the falling flakes. We all threw on the heaviest jackets we had  (which were mostly hoodies) and shoes. My kids were racing to be ready to go outside. Laughter and amazement echoed throughout our street. Families were stepping outside and gazing about in a mixture of joy and disbelief. 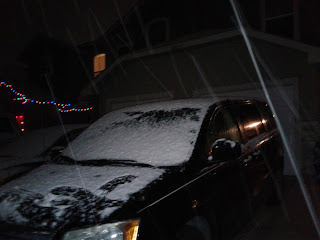 It was beyond beautiful. I stood there in front of our door, just taking it all in. The cold hit me dead on, but somehow, all I could think about was what I saw. Snow. Maybe its because this was my first time. Maybe its no big deal. I just felt this overwhelming happiness take over. 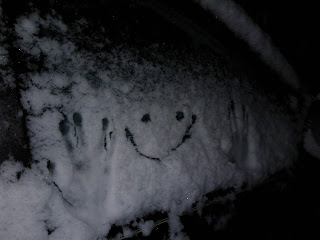 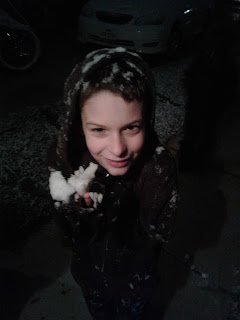 My husband is from Colorado. He was happy to see how much we enjoyed the wonderful event. He is no stranger to snow, ice or cold weather. Even he, however, was in shock. Snow in south Texas?! Couldn't be. He was also so glad that it was a wet snow. He had explained before that there are different types of snow. The kind that is wet and moldable. And then there is the dry, powdery kind that is useless for fun. But you know what he enjoyed most of all? The fact that his family was having such a great time in it. It was our first time. All my kids and myself had never had such an experience. Who knows when or if we ever will again. My oldest daughter learned, very quickly, how much pain can be gotten from runny on ice. She fell and hit her face. Then slipped when coming in and bruised her rear end. My younger son also slipped and his bottom. But through it all, they loved it. 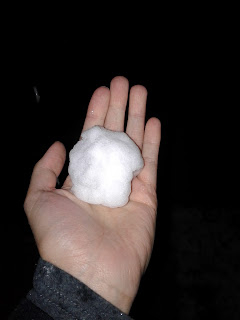 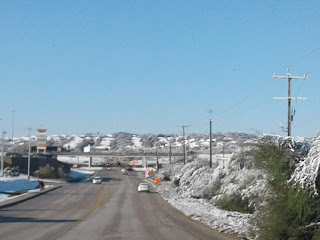 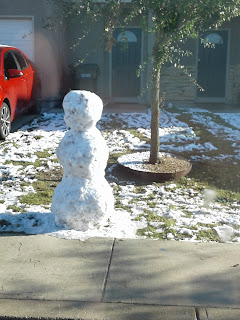 We had to tuck the kids in, as school was still scheduled in the morning. But after all the children were safely (and warmly) snug in their beds, my husband and I stepped outside again. We threw snowballs at each other. I enjoyed the crunching of the snow under my feet. He said it was similar to nails on a chalkboard though, to him. It really was just like the movies! The next day, it was well into the afternoon before the snow had completely disappeared and left only water to show that it had ever been there at all. 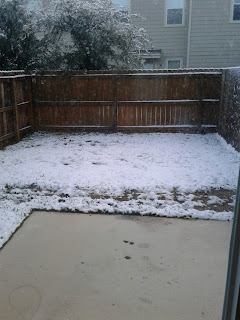 I couldn't get enough of it. I actually wish we could have another night just like that. Hopefully, we will have more around Christmas time when we go to Waco to spend it with my in-laws. That serene view. That peaceful beauty. The fun moments. I want it all again. I want to feel like a child again. No cares in the world. Just bliss in the falling flakes of white. I don't know what it is, but I know its intoxicating. Wherever you are, I hope that you find something like this to enjoy this Christmas. Be it in the snow, the company, the food - whatever brings you the most happiness. Find that overwhelming feeling of exhilaration! And hold on to it as long as you can.
Posted by TheNerdyUnicorn