Who Can Afford To?

I've seen some crazy things. But recently, I saw something I never would have thought possible. I mean, who has $10,000 to blow and why would they use it to buy a silver birds nest? 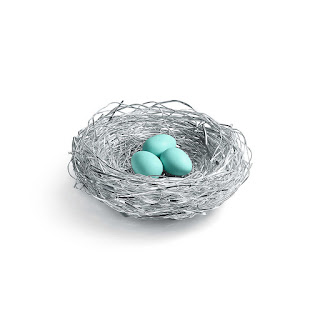 I mean, seriously! Where have we gone that we are throwing money away on such stupid things?? This was just one thing of many on the Everyday Objects page of Tiffany & Co. How about a $950 Paper Plate? You can even have it engraved! It is only made of Sterling Silver. For that much, I want it made of gold with a diamond in the middle. Sheesh people....

This is why I have so little faith in humanity. Every once in a while, you see something that reminds you there are idiots out there making money off other dumber idiots by selling crap like this. Or maybe the first is smart and the latter is the idiot. Either way, I could put such money to much better use.

Hey, let's say I had a few hundred to blow and could only buy things I liked. Know what that would be? Tickets to see the next Star Wars movie at the Alamo Drafthouse so that I could get the Mondo Pint Glasses with them! 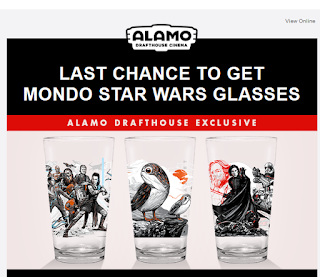 They would be awesome in my pint glass collection. Sadly, I can't afford them any more than I could afford the Justice League ones. 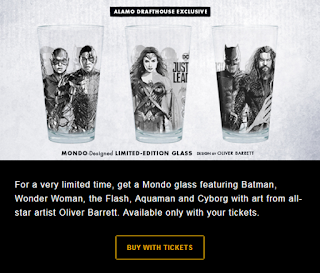 I would have picked up those cool yard signs from CVS that were in the Halloween clearance stuff. They knew how to decorate for Halloween, better than anywhere else I saw! 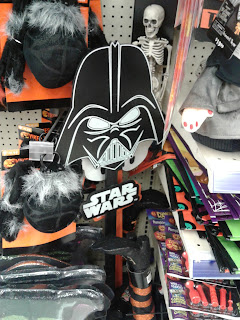 I'd buy myself the new Women of NASA Lego set! At least that is inspiring. 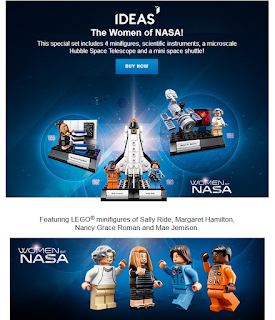 Sometimes, I think that those with money don't know how good they have it. I know they say that most rich people are miserable. That they have everything and yet are lacking. And I believe it to be true. But there are occasions in my life that I have wished I had a fraction of what they have. That I have wanted something like a $50,000 a year income. I'd settled for $40k a year. Just so that I knew the bills would be paid every month, on time. That my kids would be fed. Even when they are teenagers! That I could afford to repair everything on my van or upgrade to a new vehicle when I needed to. That I could finally "take care" of myself as I've been advised by those who know me too well. I have recently heard of a man that made millions. Yet, he compared himself to others. What he had with what they had. "A beggar in a sea of gold." Makes you think, doesn't it?

What would you do if you had $10,000 to spend on anything you wanted?
Posted by TheNerdyUnicorn