Stranger Things 2 is rockin' it! 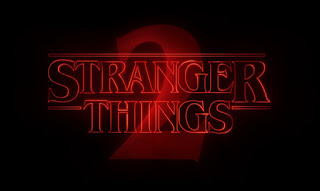 I'm so happy that the world brought us the Duffer Brothers. I don't know who they are, but without them we would have no Stranger Things. And Netflix. Can't be without Netflix. They hosted the creation that so many of us have an addiction to. Stranger Things is now a movement in its own right. Cosplay, Comic Cons, to being a hit at the comic book stores. You don't have to be a nerd to fall in love with it, however. If you like horror and adventure, buckle up! You will be wondering what happens next every scene of the way.

So what are some things that have me hooked? Let's start with the fact that it is based in the early 80's. America is trying to fight the Soviets in the race of technological advances and mind-controlling warfare. They are conducting secret psychological testing on children who have abilities we normal humans can only dream of having. Moving things with your mind? How about giving illusions that look and sound so real, you are convinced it is? These kids are the "key" for scientists who want to prove something to their government. But you can't play with fire and not get burned...

As is usual for every scientific quest that the government sets out on, they screw up. Crap hits the fan and things go wrong. Strangely wrong. Time to delve in the opposite dimension of our own reality. And your only hope of survival is the 13 year old telekinetic girl that doesn't back down from the fight.

As I said, it's set in the 80's. How they managed to scrounge up props from that time that make it so incredibly realistic, is beyond me. The ugly couches. The jeans. Oh the cars.... Its all pretty amazing when you think of it! Farah Fawcett Spray?! It is actually real. And they brought it into the show! 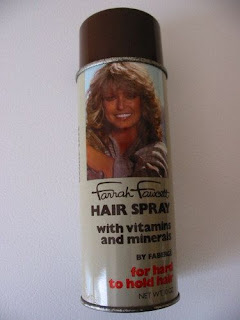 They incorporated another movie I love that came out at that time; Ghostbusters! 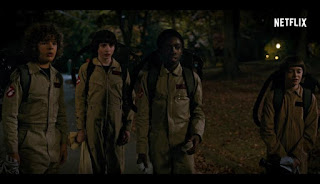 You see, the main characters are a group of young, boy, nerds. AV club, D&D players, Star Wars fans (yes, that movie gets mentioned too). They are into it and heavily into all things scientific. Can you see the draw for a nerd like me?! 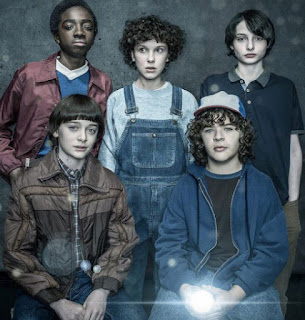 Now, there were a couple things that I didn't approve of. I was a  little disappointed. The gun fight between 8's gang and the cops. There is no way that bullets from the cops just ricocheted off that beater van. No way! All the windows would have shattered. Tires would have punctured. They wouldn't have been able to drive away like that! I was expecting it to blow up or spin out of control. Not that I wanted 8 to die. I have a feeling she will play an important role in Stranger Things 3. And yes, I believe there will be a third season. No way can season 2 end like it did and NOT have another season to follow.

Then you have the death of someone (won't name him for those who haven't completed the series). Though if you haven't finished the 9 episodes yet, what have you been doing?? My husband and I binged watched it. I think we finished it in 4 sittings. Anyhow! Someone dies. A lot of people die, but this was one of the key characters in the season. And having him die... especially how and when he died. Well, let's say it was pulling at my heartstrings. He was awesome. He was helpful. He was a hero. He was a nerd. I had a feeling that would be his fate towards the end, but I had hoped there would be a way he would get free. That he would be saved. WHY?! Why would you do that?! But I digress.

My favorite character right now would be El (11). She has been closed off from the world. Still learning what normal 13 year olds would know by the age of 8? But she is strong. And determined. And adapting.

If you haven't been hooked by Stranger Things yet, I suggest you check them out. It is strange. It is retro. It is AMAZING! I'm looking forward to Stranger Things 3.
Posted by TheNerdyUnicorn