Being a Charity Case

Have you ever felt like you were just a charity case in the eyes of others? Like you haven't done enough for yourself, so others are having to pick up your slack? I know I have. More often than I care to think about. Every time, I feel grateful, but also ashamed. I was raised and surrounded by people who gave. I'm happiest when I'm doing for and giving to others. Sure, on my birthday or Christmas I can enjoy a gift without the guilt. But on other occasions... Not so much.

This past week, I received more than one call from my kids' school. The first time, I was informed that all three of my children in school were nominated by their teachers for a charity program that gets the kids clothes, shoes, toys and/or games. Before I say anything else, know that my kids are not wanting when it comes to clothes. I don't let them keep clothes that are ripped, shredding, or otherwise defected. They get clothes from both of their grandmothers. I actually had to thin out my daughters drawers and closet. She had more than I do.

Then I get a call asking if we need a turkey dinner donation. We were chosen to get a box of food. I appreciated the offer, but we are not starving. Yes, we get assistance to get food every month from our government. Again, I'm not proud of this. But it keeps us going until we can get back on our feet. I told them to give it to another family who needs it more.

Finally, I get a call about shoes. My youngest son tore up his latest pair of shoes. This is not the first time I've heard about his shoes from the school. Sadly, I think this will be a constant thing. I don't know how he does it. His last pair, I had to hot glue back together. The Velcro fell apart. I patched it as best I could and told him I would get him a new pair soon. Right after this, maybe a week later, I get a box from my mother. She had sent a pair of shoes that were nearly new. They were my oldest sons size. So I gave him those and gave his old shoes to the younger son. It was perfect timing. My older son was beginning to complain that his shoes were tight. And I was thanking God for once again watching out for us. My mother didn't know we needed those shoes. But within a week or so, my younger son had torn up those shoes too. The soles were coming off. Almost completely. This time, hot glue wasn't working. So my husband pulled out duct tape. 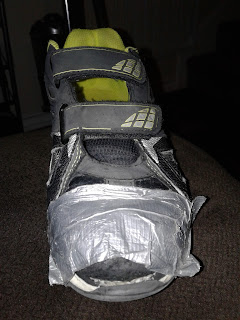 When you have nothing else, you bite back the shame and do what you must. The counselor has my boys in a weekly lunch meeting program they are running to talk to kids on a more personal level. They noticed the shoes and asked if they could give him another pair. Inside, I was screaming, NO! But outwardly, I said yes and that I was very thankful for their assistance. Again, God is providing where I failed.

One son is getting a new backpack as a Christmas gift from a friend. His is threadbare with holes forming. I'm one of those parents who can't donate to every fundraiser, event, and party they have. You know how mad I get when my kids tell me that their teachers said if everyone doesn't participate, they don't get the special rewards every other class will get? I pay more to be in a better area, with a better school. But the trade off is, I can't have my kids participating in everything else. I also would not be surprised if my older son told his teacher that "Mommy is broke all the time." I don't lie to my kids. I don't have money to toss around. I'm careful with my spending more now than ever before. We are a single income family. I have money to pay the monthly bills, nothing more. We can't go out to eat. I can't afford those new toys. We can't go to theme parks. Movies are expensive. They ask, I say no. They ask why, I tell them the truth. I'm broke. I pay for necessities. I keep them taken care. Then I get the other question. How come daddy can do all those things? My oldest three came from a previous marriage. One that I am more than happy is over. My ex blows money to make them believe he is the cool parent. He gets them only 2 weekends a month. And every time, they get to do and have things that we can't do here at home. Talk about testing my patience... I can't bash their father to them. I won't. I have to be tactful with how I answer. I tell them that he has more money than I do, because he doesn't have children living with him. He doesn't have a family anymore. I do. I tell them that he also cheats his debts. He doesn't pay everything he is supposed to like we do. Being responsible hurts. It is a hard path to walk. 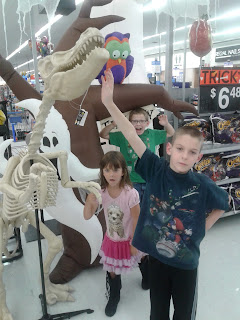 Then comes the biggest charity point in my life right now. Because of my back issues, I'm very often in pain. So much so, that my children have begun to notice and ask questions. I can't hide it all the time. "Why can't you run anymore?" "What's wrong with you, Mom?" "Why do you hurt all the time?" So we talk about it. I tell them that Mommy is broken. My body doesn't work like it should. That I need a doctor to fix me. My oldest then asks when I'm going to the doctor. I'm not. Why not? I can't afford to. It is more important to me to pay the bills and keep them taken care of than to fix my physical brokenness. What does my oldest say? "Take my money, Mom. Use it to pay for surgery."

As one of our elite speakers, your monthly package includes: ✔ 12 hours of your dedicated sales agent pitching ONLY you ✔ Monthly reporting ✔ Ongoing accountability and quality measures that includes the monitoring of calls for continued coaching and adjustments to maintain high standards, ensuring maximum conversion ✔ An

I can't do that. I won't do that. I love my children. They have inherited my curse. They love to give. Instead, my husband has been saying that we have to wait on the Lord and see where His will leads us. At first, I felt like I wasn't being led anywhere. Then I started getting a nagging thought. Ever heard of GoFundMe? You start up a fundraiser and strangers help your cause by donating. I had started one a while back when I wanted to fight for full custody of my three older children. Then the lawyers told me it was hopeless case unless something drastic happens to the kids at the hands of their father. Just the way the laws work here, protecting the wrong people. So I refunded everyone and decided to wipe my hands of the website. I told my husband that I couldn't get rid of the thought though. And he admitted that it sounded like we should think twice about it. Then, something happened that made him say we should do it. I've been having lightheadedness and dizziness daily. I turned my head to give him a kiss and got a charlie horse-like sensation in my neck that scared us both. It hurt so bad. I had a headache and tense feeling in my neck afterwards. I was begging for it to stop. These things are getting worse. The pain has always been there. But I can't always ignore it anymore. I pop Tylenol nearly daily. Might as well be candy at this point. I don't sleep. Not well, at least. When I try to do things like jog, I feel as though my legs are bruised. Not sore. Bruised. I can't live with it like this anymore. So we started a GoFundMe. And we agreed, if I get donations to it, I'm going to see a doctor. It will be out of pocket costs, since I have no insurance. But I'm going to get answers. I'm going to find out what it will take to get back to some state of normalcy. To where I don't have to rely on charity anymore.

Why? Why am I having all this to deal with? Why am I having to be treated like everyone's charity case? My husband reminds me that we all have to be humbled at times. That we can't always stand proud. He tells his Southern wife these things... HA! Boy, do I have a lot to learn then. It's going to be a long, hard road for me. For my family. And I don't want to walk it. But I won't let this body keep me back anymore. I'm going to push harder. Fight back. I know what kind of wife and mother I want to be. And somehow, I will be that woman again. I want to be an active part in this family's life. For a long time. 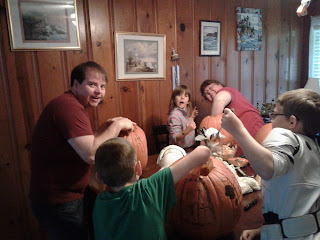