I love hosting House Parties. You never quite know what to expect. Granted, this time around, my party was a bit farther delayed than we originally planned. My daughter decided to come when we least expected. So I took the turkey, brined in Teriyaki sauce instead of soy, to my future in-laws house for Thanksgiving. 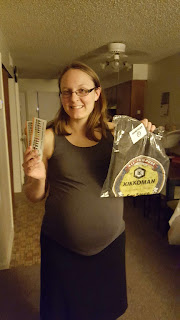 I've never brined a turkey. I've always had the traditional kind. But I'm always up for trying something new. And that's what we did. Granted, with every new trial, comes the first time mistakes. My turkey came out a little dried. 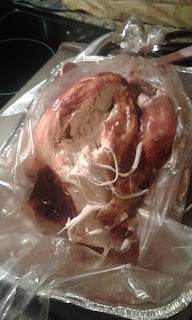 And I suppose that with teriyaki sauce, you need more of it than the soy to truly taste it.
They sent recipes, shirts, coupons for free products, and an oven mitt. 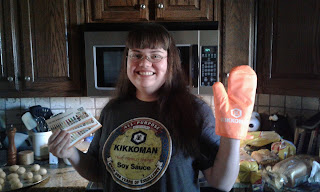 The recipe they sent for the soy brined turkey is here.

As I mentioned, my turkey wasn't as beautiful or juicy. But you have to test it out differently to get it right. My suggestion if you decide to do something other than the recipe, go bigger.
We purchased a 9lb Butterball turkey. I got a 10 ounce bottle of Kikkoman Teriyaki sauce, and threw in the spices with water to my largest pot. 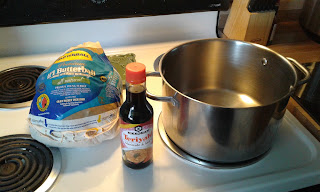 Granted I used half that amount of teriyaki sauce. And therein lies my mistake. 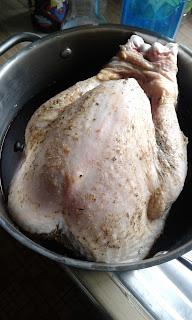 We could barely taste it. Scratch that, couldn't taste it at all.

We found that there are way more Kikkoman products than we originally thought. 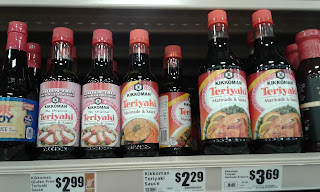 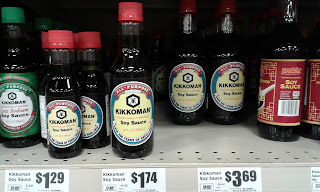 I'm actually considering trying another recipe. I'll tweak it a bit. But I'd like to try a teriyaki turkey one day.
As for the party. I enjoyed the time we shared and the thoughts that were put into words about the turkey. Brining was nothing new to them. But soy and teriyaki was. Adding more flavor next time would be advisable to make this a more successful event. And having more options about shirt sizes wouldn't be a bad idea either. We only had large and extra large shirts, sadly. But the coupons I passed around were appreciated. Everyone got the chance to get their own Kikkoman products to try for free. What can be better than that?
My opinions voiced here are my own. I was sponsored in trying and hosting this party. I was not paid or otherwise told what to say.