And the preparations continue...

You know how you have one good day when you live with chronic pain, so you try to do everything you can't normally do? Of course you pay for it later... BUT you get that list dwindled ever so slightly!


Yesterday was one such day. I was feeling able to ignore the lower pain levels. So we went to pick up my motorcycle that has sat dormant at my fiances for a couple months and bring it back to my place. 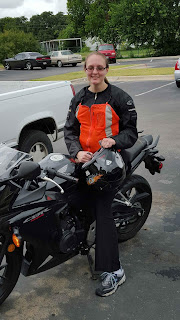 Its a good 40 minute drive and the rain decided to give my bike a bath... while I was driving it back. But its now where it should be.


Then we were able to run errands that I can't find the energy to do during the week while I work. Upon returning home with groceries, I got the bright idea to start cooking and freezing meals again. Until yesterday, I had a grand total of 3 frozen dinners. Being nearly halfway through the pregnancy, I think I should really pick up my game on this...


I made 3 more dinner to freeze and one for me to eat while I cooked. I have decided that Louisiana Purchase boxed dinners suck. 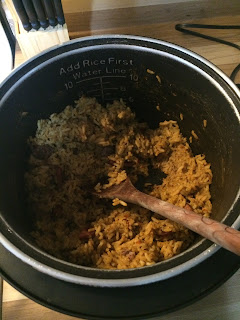 Flavorless but leaving an after taste I can't quite place. *shivers* Anyhow... The dinners I made were all ones that I have been wanting to try but keep putting off. And had my kids begging to dig in to at least one of them. Which is one I'll be making again for dinner tonight. I started a beef stew in the crock pot while I cooked a pepperoni pasta dish (my kids want this one) and a beef and bean soup. 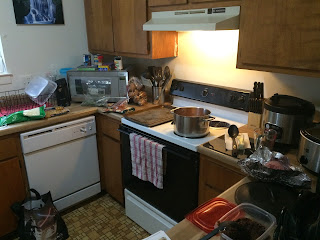 I'll include those last two recipes for you guys. I paid for my efforts in pain last night. But I'm a strong believer that it will pay off later when the baby is born or on those nights that I'm just too tired to cook after work. Tonight, I'll be starting all over again. I think I'll make some brownies while I'm at it too...


So here are a couple recipes you might want to try. The soup one is a favorite of mine while my kids can't wait to dig into the One Pot Pepperoni Pizza Pasta.

Place 1 tablespoon oil in a heavy pot over medium-high heat; add sausage and cook, breaking up into small pieces with edge of cooking spoon. Remove to a plate and set aside. 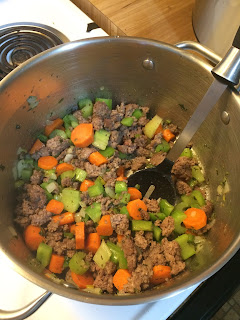 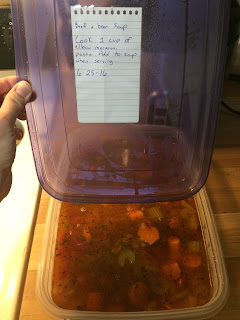 
You can use ground beef instead of the Italian sausage.

Brown ground beef and onion in a large skillet and drain excess fat.


Add some of the slices of pepperoni and spaghetti sauce.


Add pasta and water, stir and bring to a boil. 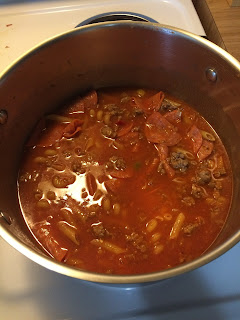 Reduce heat, cover and simmer for 15 minutes until most of the liquid is absorbed and pasta is tender. 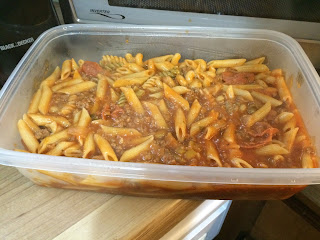 Remove lid and sprinkle top with cheese and remaining pepperoni. 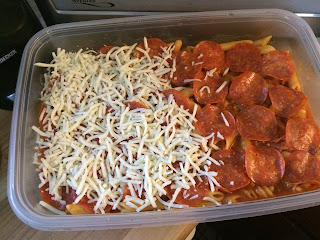 Broil until the cheese is lightly browned.
Posted by TheNerdyUnicorn