I’ve mentioned so many times that I love cosplay. I love dressing up. Being a hardcore nerd is the best way for me! I go to comic conventions, comic store events, even some movies are made to dress up for if you go to opening night! I know I wanted to dress up more for Star Wars: The Force Awakens.


And with me, I don’t do store bought costumes unless I modify them. I think the best costumes are the ones you make yourself. The ones you add personalization and characteristics that are specific to you! Make it your own design by adding your own flair and style. Whether you change the characters hair color or add jewelry, there is always something that you can tweak to make it original. I mean, let’s face it, no one likes going to a con when everyone around is in cookie cutter versions of the characters.
Now if I can start from scratch and build up from just a couple items of regular clothing, I’m definitely going that option. One of the first things I ever had made was a long, hooded cape. I bought the materials and had them shipped to a seamstress I met in eBay who sold me a piece she replicated from the Star Wars movie of that time. To this day, it is one of my all-time favorites. I could build so many costumes around just that one piece.  But enough about that…


Lately, my passion has geared towards steampunk (pun intended). Where the future meets the past, where creativity and functionality clash in a gloriously beautiful mix. Gears, skeleton keys, bronze-stained colors, and your ideas of where the future could take us combine to make some really amazing mixtures. I got a steampunk costume for a review. It is cute. But it is lacking. So I have decided to expand its amazing horizons by creating weapons that would match its genre. 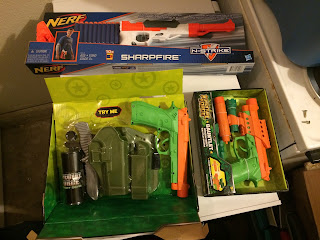 I picked up some Nerf-like weapons and some Rustoleum paints with my boyfriend, who is working on turning his Nerf ax into a zombie-hunting accessory to his Umbrella Corps cosplay. 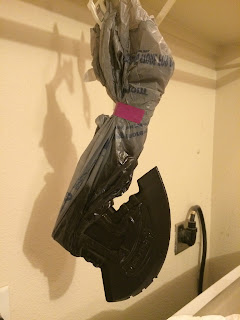 I also have a couple guns I’m doing for the Lara Croft look I’ve been planning for ages! 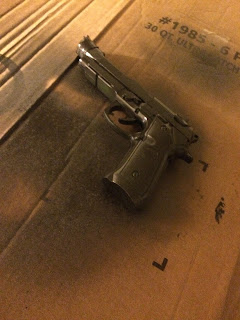 And I gotta say, I’m super excited about them so far. Especially after running into a friend of mine who’s dad has a bunch of skeleton keys he might part with…
My boyfriend and I spent one night starting the modifications. 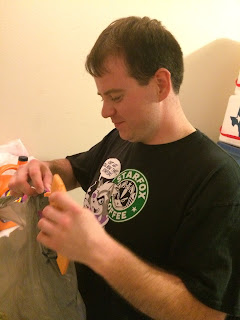 We aren't done yet, but I'm liking where they are so far.
Posted by TheNerdyUnicorn