What price would you pay for your protection?

We are in the age of technology here. Everything is done with computers, “smart phones”, and the internet. Terms that our grandparents hadn’t had are household words that even my 7 year old son uses. Apple, iPhone, the Cloud, autocorrect, Android… And the advancements that come with these things are phenomenal! We can contact someone around the globe within seconds rather than sending mail that takes anywhere from a day to several weeks to arrive to our person in question. Business is affected and growing with connections being made. We are keeping in touch with those we care about daily rather than when we have the time to call and ask them what’s new.


But with all these great things, there are great downsides. Viruses, overloaded updates on people you don’t want to keep up with constantly, information leaks, stolen identity, cyber-crimes such as hacking, distancing ourselves from others (not staying close to those we love on a personal level), bullying… the list could go on. We are told to change our passwords often. Don’t give out unnecessary information. Don’t get addicted to social media – find a balance. 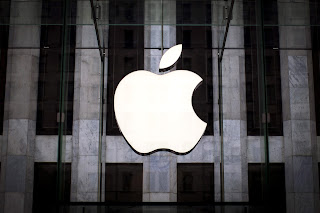 It can be hard to keep on the safe side when everything is available at the touch of a button. And now there’s a new concern to consider. This one applies strongly to smart phone users, particularly to Apple users. If you haven’t already heard about the F.B.I. trying to get Apple to give them a “master key” of sorts to break into locked iPhones, you must be living under a rock. The outrage is growing. The sides of pro or against are clearly lining up against each other. But think about this people… common sense might not be common these days, but just try to understand logic for the next couple of minutes…

So we have a horrific event that costed way too many lives in the United States. All because of a terrorist attack. Investigations start rolling and information starts flowing. An iPhone comes into play. But it’s locked. And the F.B.I., in their desire to put the pieces in place, decides they need to access everything in the phone. They could ask Apple to hand over the data in the iCloud. All they need is a warrant or maybe just a request. Apple has been cooperative in the situation, so how hard would it be? But that’s not good enough… They want to get into the phone themselves. A terrorist is most likely not going to store their plans in the iCloud. But they can’t get into the phone, its locked. They don’t know the technology. They don’t have a key to bypass the encryption. And they don’t have anyone smart enough to break into for them, apparently. So they want a way in through the back door. Apple balks at such a thing. They don't have the access past the encryption. Then the F.B.I. does what Apple said they would do. They don’t want it for just one phone now; they want to open 9 iPhones. For the sake of American safety, they claim. For the protection of future lives and the justice desired for those already lost. Now Apple is really pushing back. But why? Don’t they want to serve and protect as well? Yes. Of course they do. But think of the implications this can have on the future. Think of the fallout. Think of the applications this can have for all iPhone users present and future. This boils down to creating a way for the government to walk into any iPhone, anywhere, regardless of the system, encryptions, software. This is a get INTO jail card for Apple products. How so? You can create this key for one or for 9 phones. You can open up a secured zone for a brief moment to get what they need. But once they are in… they can go anywhere. They can do anything. And this key isn’t restricted to just that one device. It’suniversal. Every single iPhone would be open to them. How would such a key be abused? Who’s to stop them from looking into your device?  And would you know about it? Not unless they come after you. They wouldn’t have to say anything more than, “It’s the safety of America.” Now sure, you could say that its okay. After all, you don’t have anything to hide from the government, right? So who cares?! But here’s something else to consider. How many times has the government been hacked? How much information on weapons, military, or other government information been leaked in the past few years? Do you want to risk handing them the keys to your iPhone where a hacker can steal them? Then your identity is at risk. Think of the apps on your phone. Banking, shopping, emails, text messages, phone logs… What could happen to you if someone got that information? Would your life be the same? No. People were furious when Target was hacked and bank accounts were affected. I know only too well as I was a Target employee that dealt with irate customers blaming me personally for something I had absolutely no control over. What happens when the same occurs to Apple devices because the government gets hacked? Everyone will blame Apple, right? Is it going to be their fault? No! They did as asked and the government will be the ones dropping the ball in “protecting” iPhone users. But this is all hypothetical for now. These are the things that people are not thinking of for the future. Open your eyes folks! Be mindful of what reactions could occur with these actions. Its not a simple “one case” action. Once a key is made, there is no going back. There is only fighting for your own safety. 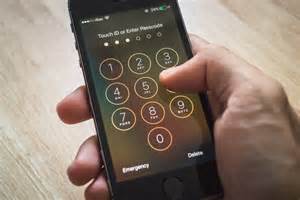 Don’t think that Apple will be the only ones targeted for such. Once Apple crumples and makes such a key, who is to say the government won’t pursue others such as Android or Microsoft? Why not have a key for every smart phone on the market? We already have our conversations on Skype being recorded for government use. Facebook Messenger Apps has access to your text messages and voice calls as well. Read the specifications one day on what they require you to allow them access to before you download an app. Or even after downloading an app. You’d be surprised at how much they access on your phone that has nothing to do with them. But you give permission blindly. Why? You just want the app. You don’t think about what comes with it besides the usefulness it holds to you personally. 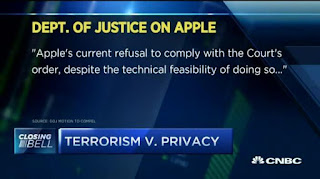 It is time to wake up, America. No, it is time for the world to wake up. Everyone with a hand in technology needs to see that danger lurks everywhere on the World Wide Web. And if you want to be safe from it, you better watch what you share, what you click, and who is watching. Know your rights. Guard your privacy. Don’t take “protection” that costs you your privacy. It could ruin you in the long run. And most importantly, don’t bury your head in the sand and pretend that you don’t have any investment in what’s going on. If you own a device affected or that could be affected, keep up with what is happening. And plan for whatever outcome may come into play.
Read this letter from Apple about what they say it means if my words aren't enough.
Posted by TheNerdyUnicorn