﻿
Falling for the Casanovas of today is a dangerous game. So many guys are only out there looking to add another notch on their belt. So if you are tired of having your heart broken or leaving a relationship feeling broken and used… maybe it’s time you tried a new approach.


Find a guy, and I know they are rare (but they do exist!), who holds fast to chivalry. What is chivalry?


What is Chivalry? The definition is as follows:


chiv·al·ry
o    The combination of qualities expected of an ideal knight, especially courage, honor, courtesy, justice, and a readiness to help the weak.
o    Courteous behavior, especially that of a man toward women.


Why? He will treat you like his queen. He’s the type of guy that will be there for you when you need him most. Sometimes without you even telling him that something is wrong. He takes the time to get to know you enough that he can tell when something is wrong with you. He’s that guy who speaks with words that seem old fashioned. And no, I don’t mean that he will use some fake but fancy accent when he talks. He is sincere. His compliments are rich. They are well thought out. And every bit of them is tailored to you. He does things that he knows you need done without asking, telling or making a big deal of. Know what I love? Having him make my bed, tighten that loose door handle, or wash the left over dishes when I’m not around. I don’t say anything. I don’t have to. He knows what I need done and he does these and more for me. And he doesn’t say anything about it. No, “Hey, by the way, I did such and such for you.” He doesn’t seek praise for these little things. He leaves them like sweet surprises for me to find later. That’s what a truly good guy who understands chivalry will be like. That’s what you should be looking for.


Don’t go for that guy who looks amazing but talks like an airhead. Give him 10-20 years depending on his lifestyle and you will have a sagging loser that you can’t believe you had a crush on way back when. And watch out for the sweet talkers who can’t back up their words. Words are only words until they are backed by actions that demonstrate them. Love is an action. The word itself is a verb, not just a noun. It’s what you do to show how you feel that makes it true. 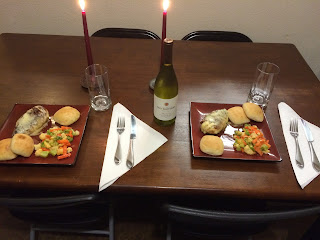 Not the words that give you goosebumps. Or those that make you all giggly. Look for the one with words that warm your heart. That makes you feel proud of yourself. Building you up without being empty, fluffy statements. So the guy who says, “You’re hot!” versus that guy who says, “You’re beautiful.” is how you can tell who is more sincere. Don’t get me wrong, sometimes I want to be told I’m hot, but only in the right moment. Tell me I’m beautiful and I’m more likely to listen to you. When you are told you are beautiful, chances are stronger that he sees the beauty shining from within. Hot is what he calls you when he wants to get laid.


I asked a modern “knight” what chivalry meant to him. His response was as follows:


“It opens the door for a much deeper relationship. It also allows one’s mind to be open to new possibilities. To act chivalrous, one has to think in a different manner. Meaning that it takes the mind to new areas of itself that aren’t usually stimulated during adolescence. This effect is amplified when this individual is also learning so much more about the woman he’s interacting with. It allows him to learn and grow in new ways.”


This, ladies. This is what men of today are missing. This is what women should be looking for. This is where you will find the lasting, lifetime of true love with your best friend.
This Valentine's Day, I spent with my gentleman. He and my mother bought me Star Wars themed gifts for my new kitchen. 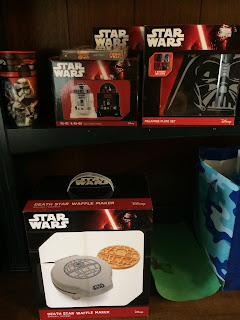 (They know me so well!) He made me dinner, helped with the laundry, and had flowers (Don't buy ProFlowers) delivered. 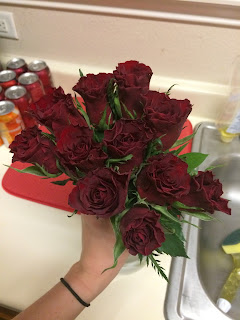 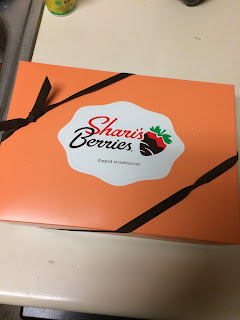 Also, for those who love historical tidbits... Click here to get the scoop on how Valentine's Day got started! Kinda a dark event...
Posted by TheNerdyUnicorn