I love being a House Party blogger. I get to review some fun stuff at times, for free! My most recent one is the Miles from Tomorrowland Tomy toys. 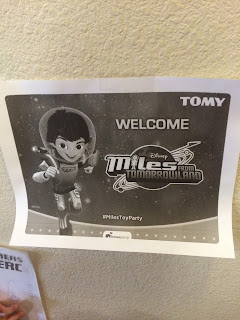 I was going to have a party, but some of the children invited got sick. 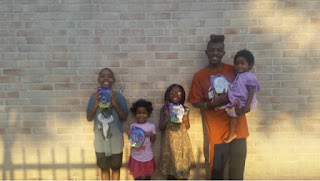 So instead I sent them toys to cheer them up in their recovery. I also made them Blodger Blop cupcakes. 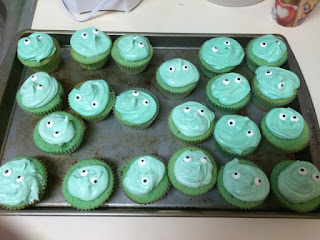 He's a friend of Miles Calisto, the main character in the Disney TV show.
They had the following to say about the toys: "Eric... age 17 has the galactic miles and says he likes the style of it. The futuristic style drew him to it even though he's a big kid, he wants to play with it.

Qwentin, age 9 has the super stellar miles and likes it because of the colors of the character and the style of the bike.

Ma'Leah, age 8 has Pipp and says he looks like a cool character. It's cool that he can fly.

Za'Riah, age 4 has Loretta. She likes her board and she likes that her arms move and you can play with her."
Tomorrowland is the futuristic place where space exploration takes humans out into our galaxy and provides homes on rocketships or other planets. It promotes the desire for kids to study space and those who travel in it. While learning about the earth is important, I like having my kids learn about why lies beyond our planet. What better way than to have a cartoon family that goes out exploring together?
I made, or tried to make, fruit rocket kabobs. 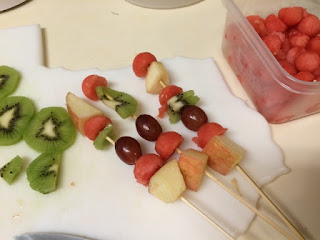 I also made hot dog rockets and space rock meatballs. 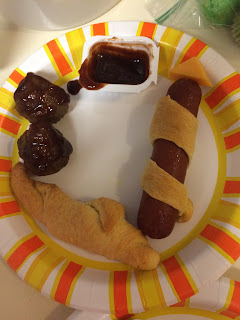 Just something fun for them to chow down on while we had a good time playing with the toys.
I built a cardboard box rocket 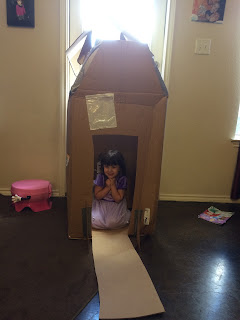 and used old juice bottles to make them a jet pack. 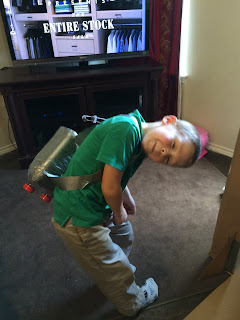 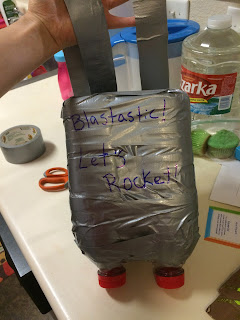 The toy pack was such a joy to open! So many wonderful things that I got to share. Freely give as you are freely given, right?! 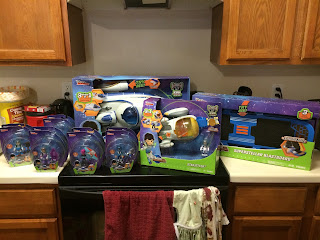 Before I could even get them out of the packages, my kids were enjoying them... 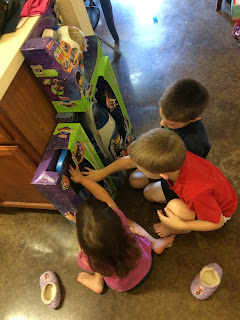 Once they came out of the packages, the true fun could begin. These toys are strong, light up, make sounds and add a higher level to their imagination while pretending they are the Calisto family blasting off on a new journey. The Stellosphere (their spaceship, otherwise known as Stella) does have issues opening some compartments and doors. It gets stuck sometimes. But everything else is blastastic! 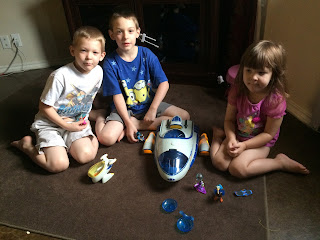 So, let's rocket! And explore something new.
Posted by TheNerdyUnicorn