I was pleasantly surprised at this movie. 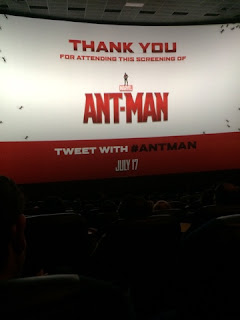 The Ant Man brings a little known hero to the big screen in ways I wasn't sure they could pull off. Paul Rudd plays the Ant Man. 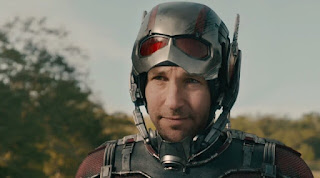 An ex-con who wants to be the hero his daughter thinks he is instead of the loser everyone else believes him to be. 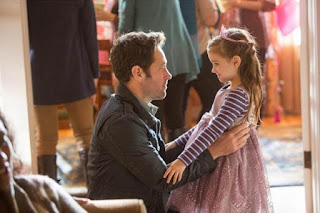 He has to take a chance to get redemption and prove that he has what it takes to make a difference. Learning to communicate with ants, shrinking to the size of one, and to defeat the protagonist who is joining forces with Hydra. (Here's a hint, this movie is blending stories with Captain America and the Avengers, so get caught up!)
I loved the fight scenes. Rudd brings so much comedy to his role that you almost forget how serious it is. His mentor and the creator of the Ant Man suit is Hank Pym played by Michael Douglas. Don't worry ladies, his look is neither real nor makeup but actuall CGI effects. He's still as dashing as always. And he brings the wise old man with serious attitude to the big screen superbly. His daughter, Hope, is played by the beautiful Evangeline Lilly. This chick fights hard and doesn't let you get by with anything. She assists her father in training Scott to fulfill his mission. He had to make sure that the technology of the suit doesn't fall into the wrong hands. And this means taking on an Avenger, leading an army of ants, and frying a room full of circuits with his Crazy Ants. It's an action packed ride that I enjoyed the whole way through. 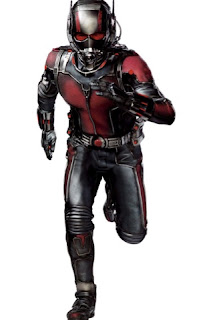 As for the ending, please stay seated. There's more when you think it's all over. After the giant dog-sized ant and the Thomas train engine big enough to crush a cop car... There's a lead into what comes next. And following the credits, there's more! Thought Stan Lee wouldn't show? You're wrong. His cameo will come. It's worth the wait.
For families, there's intense fight scenes and I believe some language. But should be okay for your children otherwise. Its not what I expected, but I was pleased.