Let's face it, parenting is trying on the nerves more often than not. But it can have some pretty funny moments. I know I've had some interesting conversations with my 6 year old recently. I've wondered where he got his ideas on how things work. 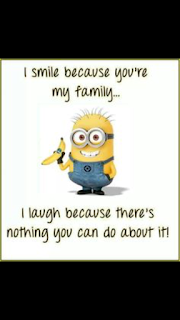 My son has the talent of talking. A lot. And he loves asking questions. "Mommy, how did I get out of your belly?" "What's that red bump on your side?" "Why does Ana have a peepee that's different than mine and Allen's? It's so small and ours is big."
At first I was thrown for a loop. I don't believe in lying or making up stories to explain things. But he's six. How do you tell the full explanation? A friend suggested giving part of the answer and asking what he thinks then explaining some of it that he is wrong about. How he got out of my belly is the question he won't let go of. I told him I went to a hospital and the doctor helped me push him out. The follow up question is where he came out. My mouth? My belly button? My rear end...? Close enough on that last one, right? I've tried asking him what he thinks. He doesn't give me a straight answer. My son is better at child psychology than I am! We are figuring out the answers as we go. And he brings up more interesting conversations often. Below are some of the recent favorites I have.

Walking into Target my oldest son looks at me says, "Mommy you're fat, right?"
I look at him and ask, "You think I'm fat?"
"Just a little. Your belly shakes."
Thanks son...
"So when are you having another baby?"
"I'm not."
"But your belly is ready. Its bigger."
"But I'm not having a baby."
"Then why are you getting fat?"
Because I eat and haven't been working out as much.... 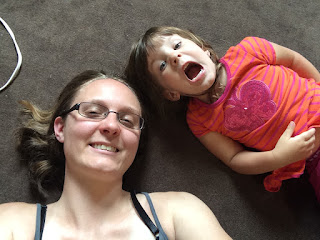 Tonight was a good one... They bring me all the Barbie dolls and clothing and ask me to dress them again. Princess Jasmine comes around and all they could find were her pants at first. Then my son gets excited and runs down the hall yelling, "Mommy, I found Princess Jasmine's boobie holder!" 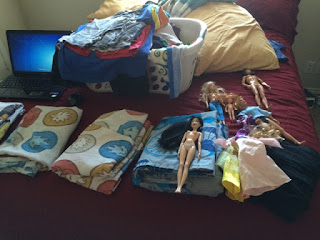 Then there is my daughter who makes some fascinating observations... especially when she doesn't get her afternoon nap. Sleepless toddlers are the BEST!

My mother is amazing. Her parenting has reached expert level now that she is a grandmother. She sent me a text with this picture. 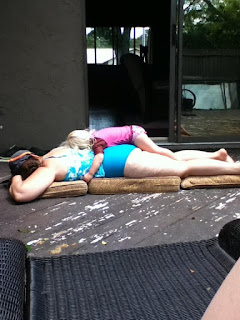 What does she call this? Multitasking Mom. "Here is how a stay-at-home mom babysits, takes a nap, and sunbathes. All at once." 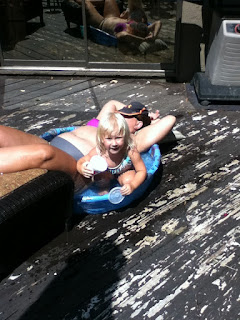 This is how its done. 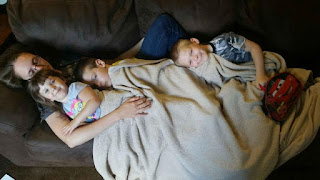 Children don't have filters. Their minds are directly connected to their mouths. The first thought they have at any given moment is quickly translated to a verbal release. Curiosity is at its peak for my kids. Everything needs to be questioned. Its how they learn. How I can teach them. And how I have entertaining stories to tell their girlfriends later... 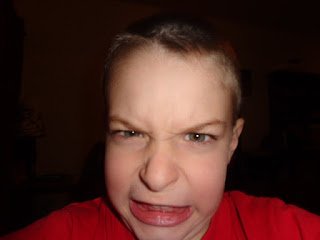 Guess who loves to sneak selfies...
Posted by TheNerdyUnicorn