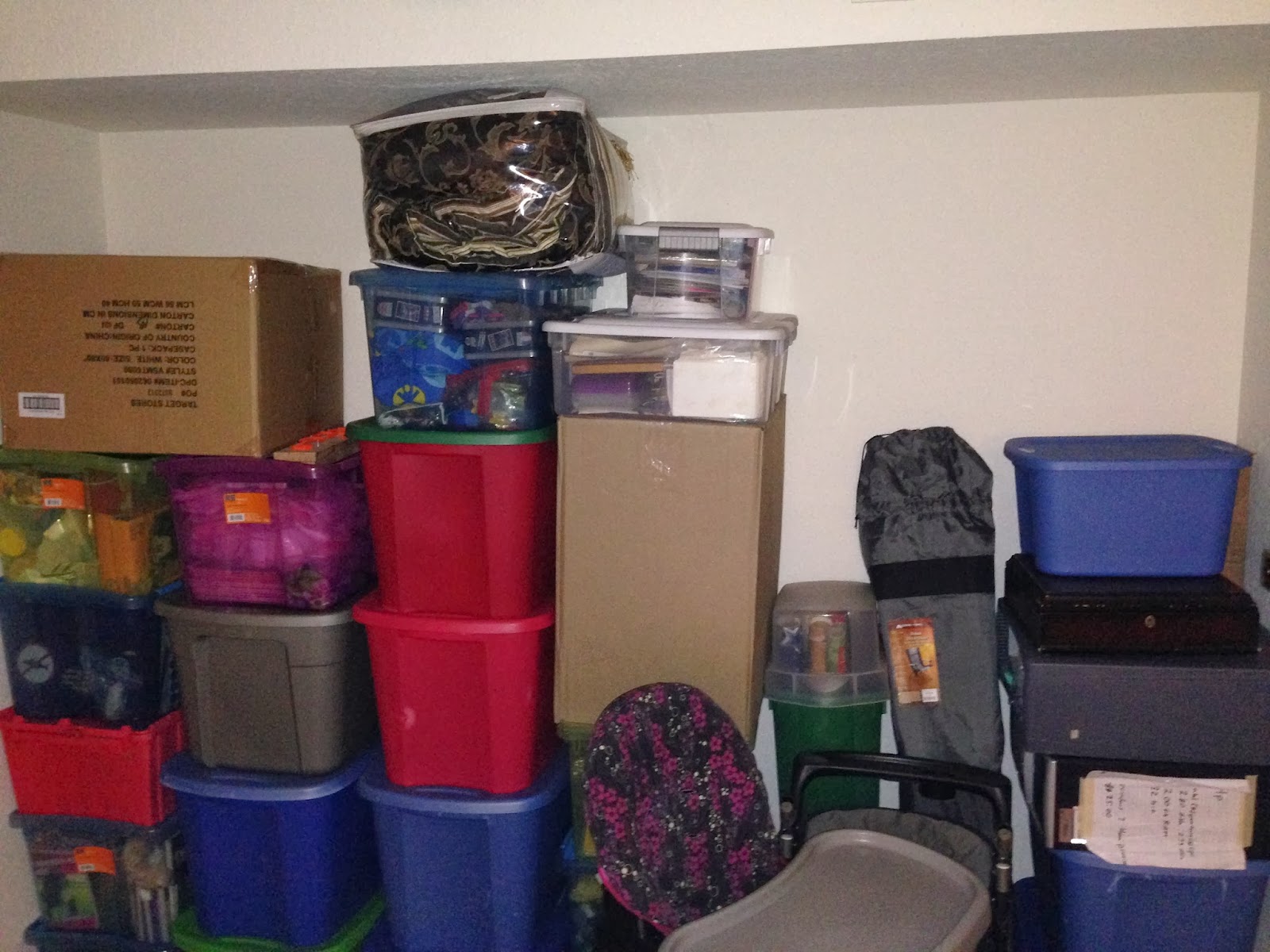 May I just start by saying... I HATE moving! It's miserable, time consuming and seems to be a strong supporter of holding me back.  In the little over 6 years I've been married we have moved about... 7 or 8 times? Including one very long and draining move across the country from Texas to Florida... with 3 small children in a Buick LeSabre with a trailer about the size of or slightly larger than my car trailing behind us. Besides the few hilarious moments when my deaf husband would do the fist pump so that truckers would honk as we went by, it was tiring. My back and legs ached and on parts of the drive I almost went off the highway when extreme exhaustion hit me like a sledgehammer. You see, I'm the only driver. And that's about 20 hours of driving with minimum stops. Plus I get to listen to the children complaining in the backseat, worry about the trailer dragging behind and wish I was alone on a sandy beach listening to anything besides the kids soundtrack CDs that I now have just about memorized. I've moved during pregnancies in the hottest parts of summers. I've packed entire apartments very nearly on my own while my husband slept during the day and worked overnight.
I hate moving. With a burning passion.
And yet, here I am again. Packing. Cleaning out. And preparing for another long move. 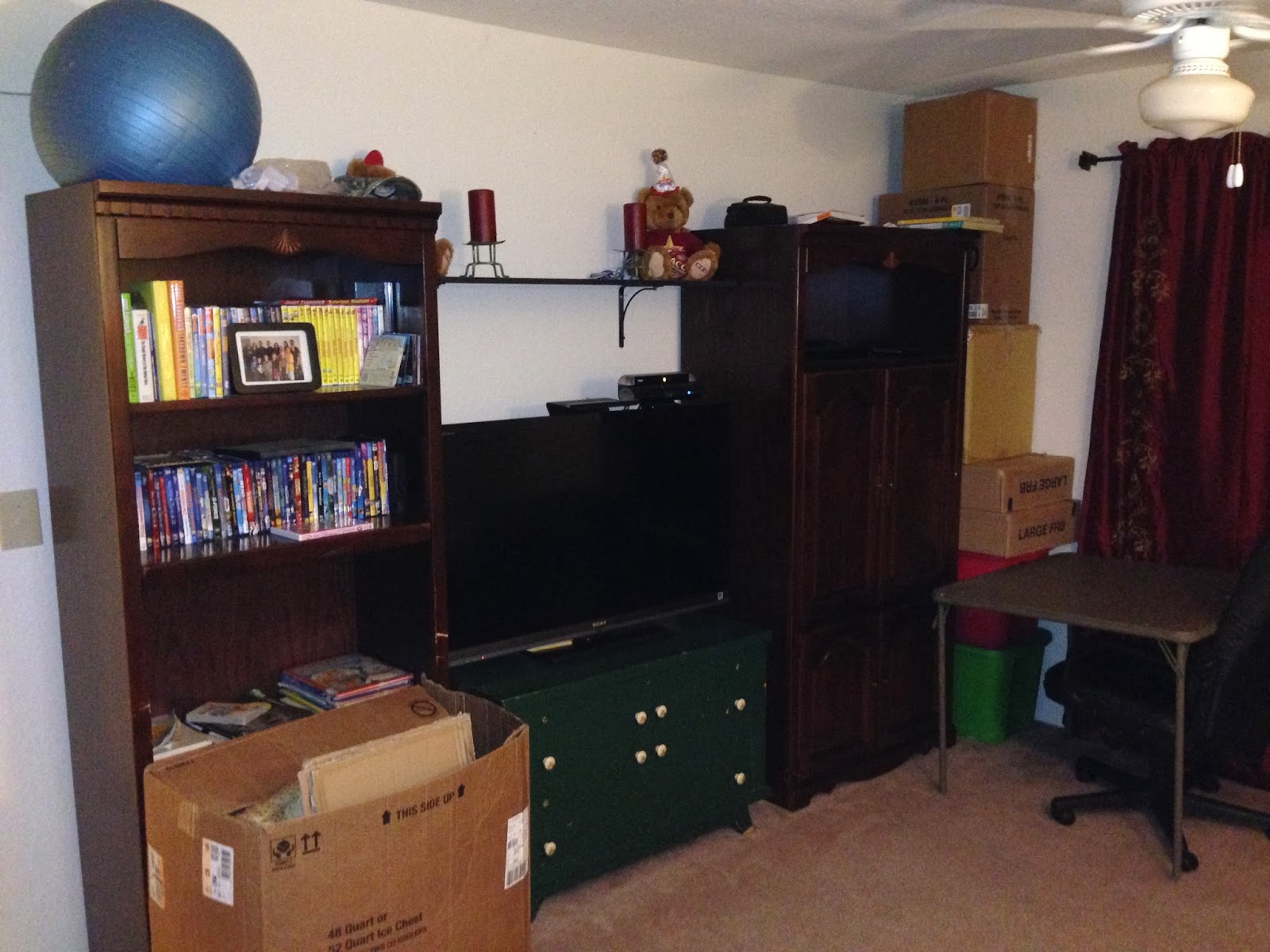 This time I'm transferring my job to another store so we won't have to end up living in a hotel while I scramble for work. And my husband is disabled. So there's some comfort. I've made friends here who are joining my other friends as online buddies. I feel like I'm abandoning my amazing coworkers here for the unknown folks of another store.
Housing arrangements are still in the air. My apartment here looks frightfully desolate as half of everything is in boxes already. And being OCD is driving me insane! I can't stand clutter, so having boxes stacked along the walls makes me feel like a freak from Hoarders.
Once again my children are showing signs of being unsettled as we have yet to firmly set roots anywhere.
So many questions swirling in my head. So many fears. Are my children ever going to have a good solid place to grow up? I sometimes feel like we go from apartment to apartment and they are like the puppies growing up in a pet store. They don't have room to run and play. To be free. For most of my childhood, my parents had houses. I went bike riding, roller blading, running, climbed trees... I had adventures. I want the same for my kids. But I'm always struggling. We can only afford so much. And time is quickly passing us by. Between work and getting daily chores done, we seem to miss the times of taking the boys fishing, going to the park, or visiting family and friends.
To make matters worse, my husband spends at least 2-3 hours (broken up in intervals between his gaming) to "talk" about what sort of housing situation I want. All the while knowing that I'm going to give the exact same answer I have been giving for the past month because we both know where we will end up in the end despite our best efforts for the ideal home. A house would be amazing. But at this point I'd settle for a 2 bedroom apartment so long as we get to where we are going and have a place to rest after the move. And so long as the one sided "discussions" finally end.
There are still the daily activities that come with being a working mother. Preparing and cleaning up after 2 meals a day, organizing the packing scene and de-cluttering, home schooling two highly active boys who get ants in their pants when told to sit still, working part time 3 days a week, and then trying to get enough sleep to keep me out of the zombie zone.
Some mornings I hear the "Mom" alarm and want to hit the snooze button (if only there was one). But the voices get louder. And they multiply.
I've been working on getting them ready for the move. I made up a backpack of toys, bought some fun packs from the Dollar Spot at Target, and tried telling them what's happening. They look forward to seeing their Oma and Papa. I got them in on "helping" me pack the toys... 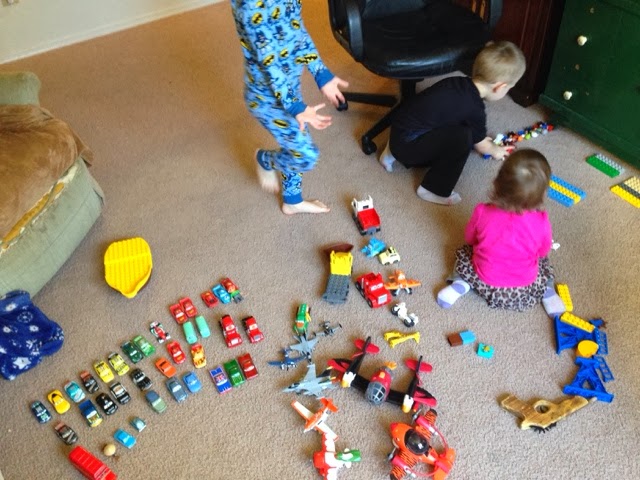 Finally there is the "Going Away" project. You know when you are going far enough away that you won't see the people you are close to for quite some time. So you plan shindigs and soirées to see everyone to say goodbye. Only it's hard to find those times. Most of them are later at night. Then comes writing those heartfelt goodbyes. I believe that when you truly mean it, you write it. Not just say it.
All of this leads to the choice of curling up  in the fetal position whilst growling at any who dare approach... Or rolling with the punches and taking it one step at a time. I'm still fighting the urge to take the first option.
I know that the next few months will be a completely different nightmare. On top of being in a new place, I'll be starting over in a new store as the new girl all over again. Let's be honest, I don't make friends well. I hide in my shell until someone forces me out. Ask my best friend. She literally scared the friendship into life. Then she dragged me into her circle of friends of our workplace adding two other besties to my life long pals list. I think that's sorta how it worked out in my latest job as well. The outgoing, friendly people pulled me in and one of them even gave me a run down on everyone else so I didn't come out feeling like a total stranger around everyone. Now I'm starting over...
School is going to be put on hold. Again. 6 years is a long time to put college on hold. Especially when you had so few classes left towards your degree.
So much to do. So little time. Sadness, frustration, anxiety... all tugging away at what's left of this moms sanity. I certainly hope for the best, fear the worse and will do everything I can to make it the best transition possible! Thanks for listening to my craziness. Feel free to tell me what you think about it in a comment below.
Posted by TheNerdyUnicorn