Don't like it when ice waters down your drink?

My husband is always complaining about the taste of his soda after the ice melts. So he came up with the idea to make soda ice cubes. I bought some cheap ice trays and filled one with his favorite soda - Dr. Pepper. 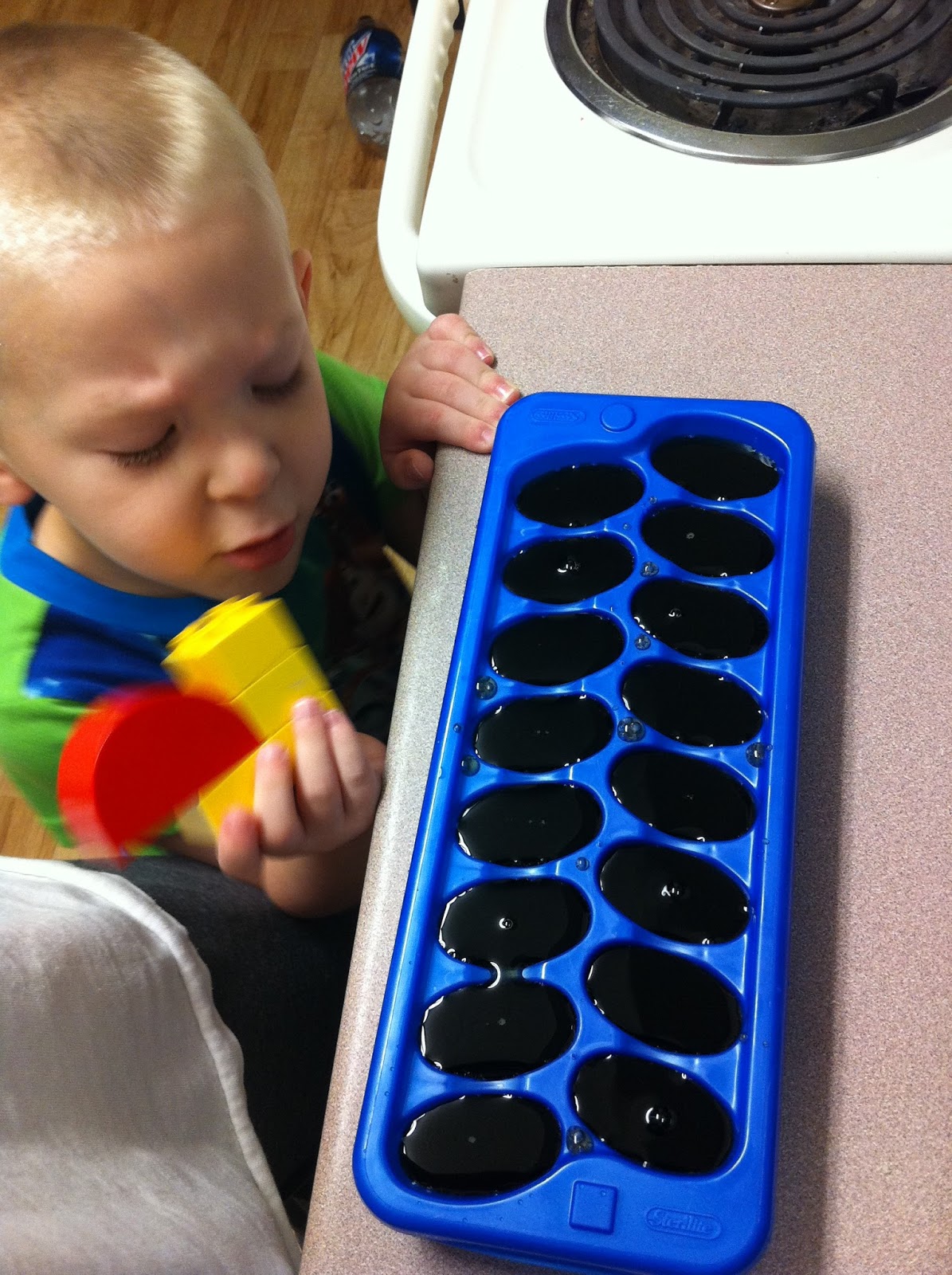 One can filled the tray. Just a couple hours later, I had Dr. Pepper ice cubes. 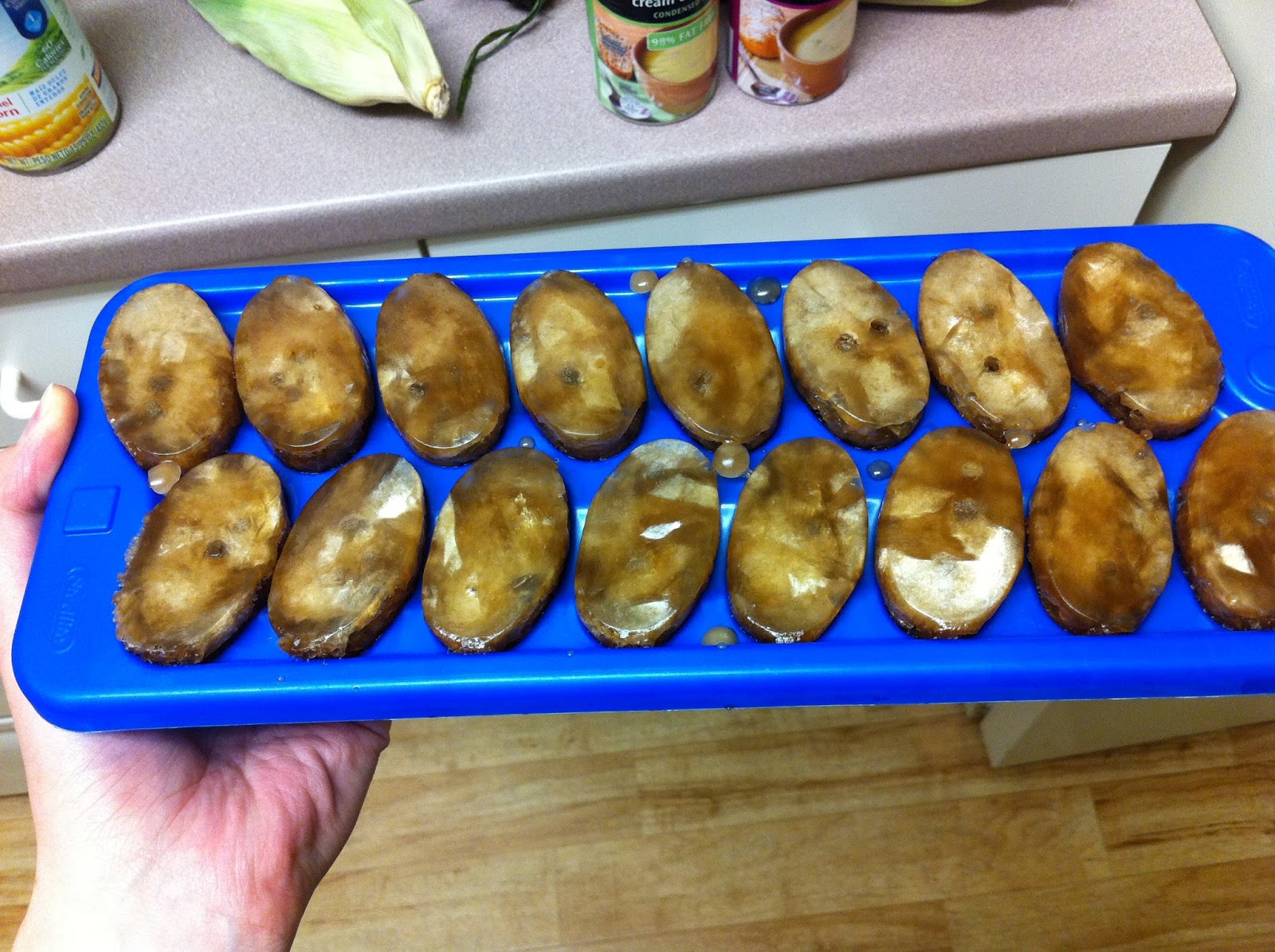 They freeze faster than water because of the carbonation inside. We froze one try of Dr. Pepper and another of regular ice. Then we ran an experiment. 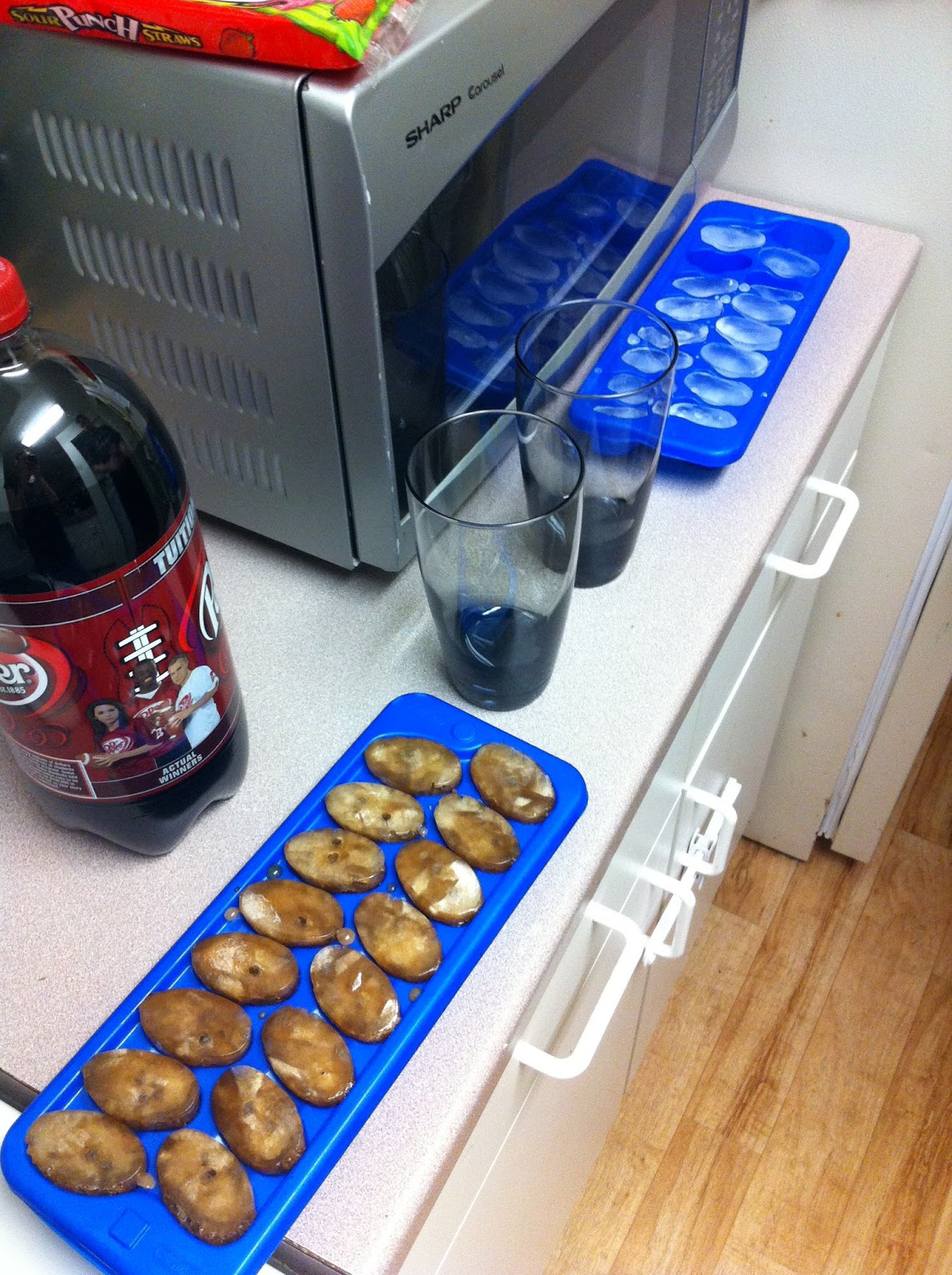 We put four of each kind of ice cube in two glasses. 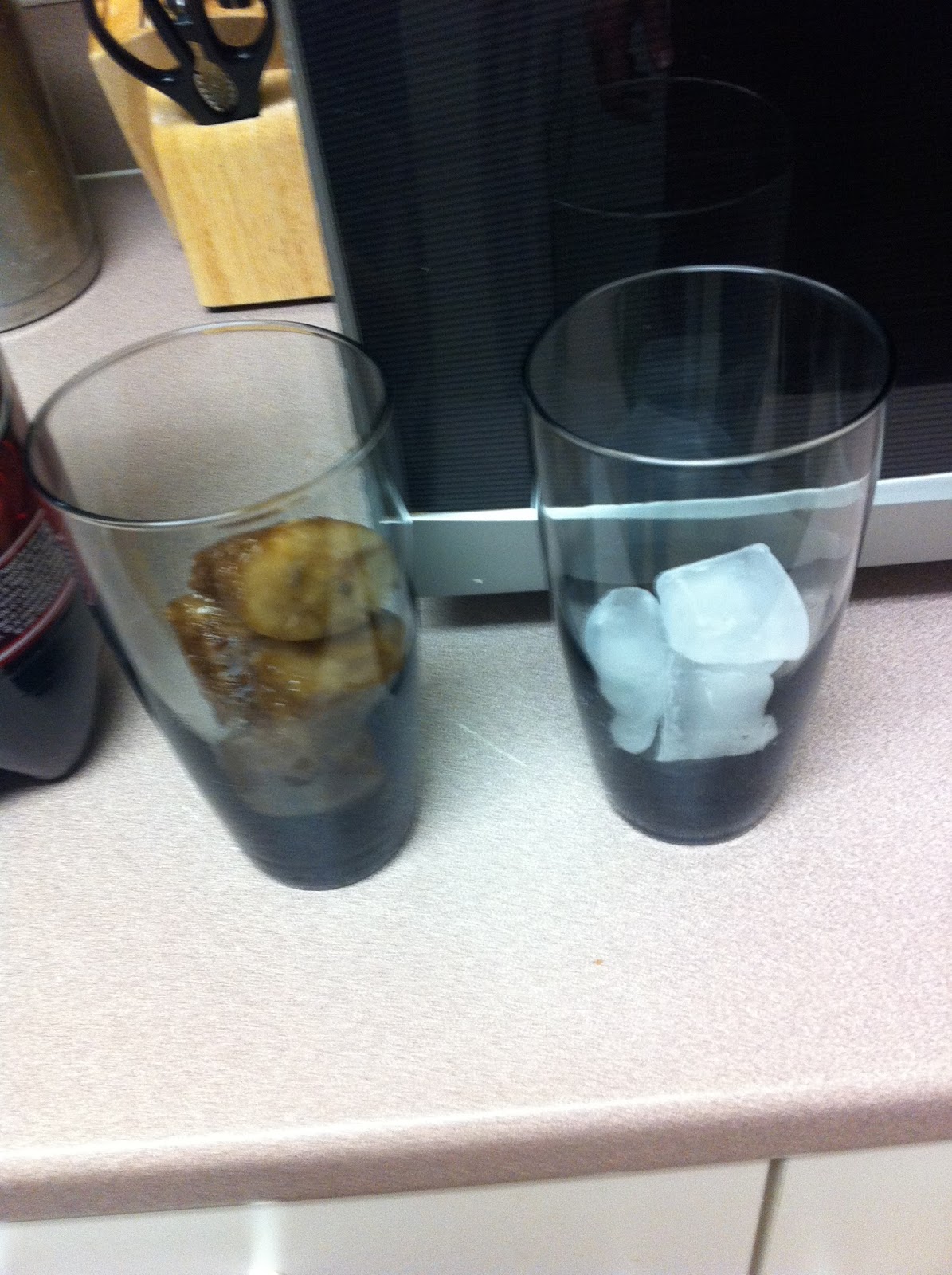 Then we poured Dr. Pepper in each glass. 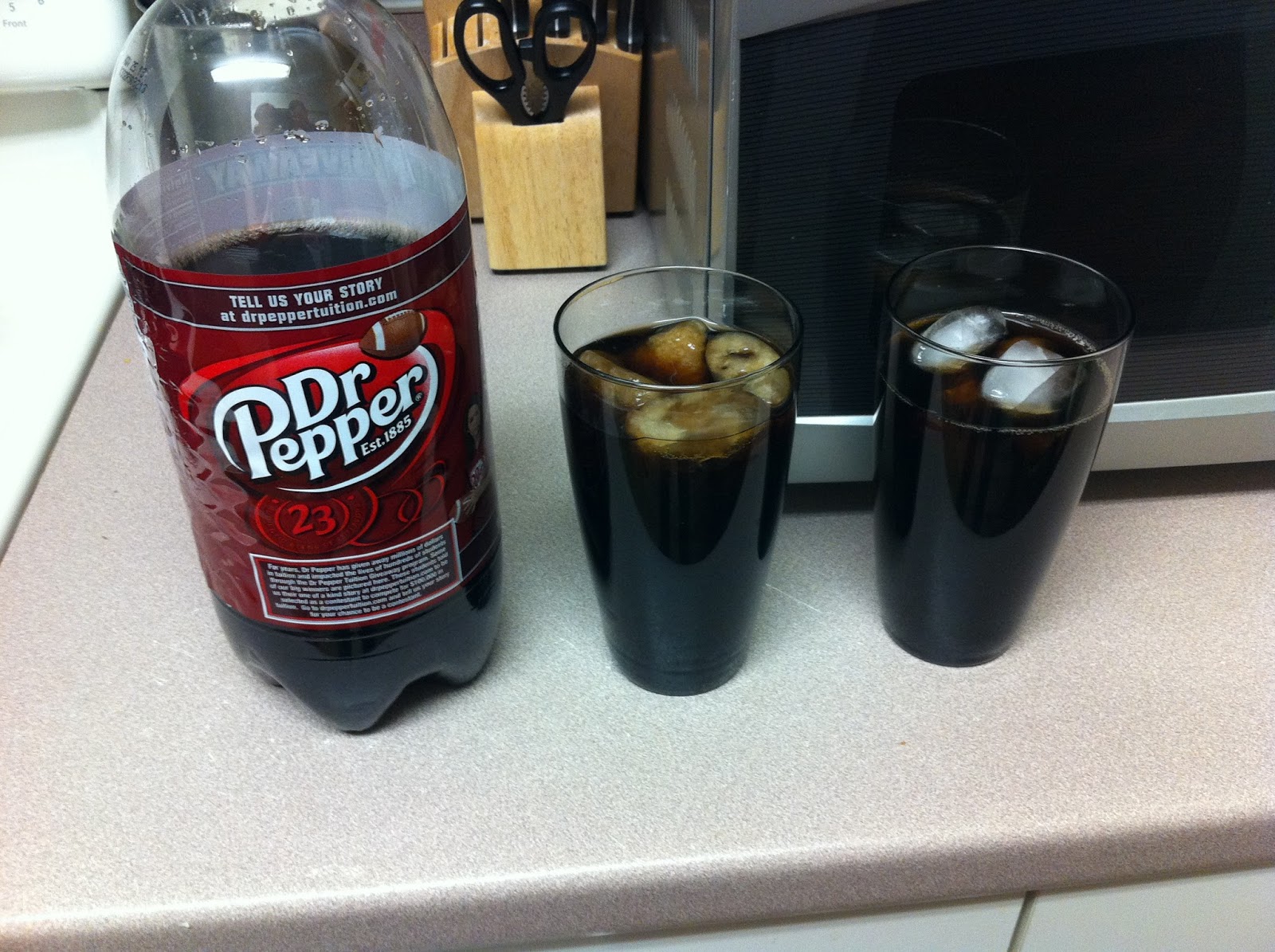 Periodically my husband would check on them and take a sip here and there. The soda cubes melted faster but didn't water it down. The ice took longer to melt, but left a watery layer on the top. As usual, after the ice melts my husband doesn't like the taste and pours out the glass. It's wasteful. Especially since soda isn't cheap. In an effort to prolong the taste and pour less soda down the drain, I'm going to make flavored ice just for him. What flavor would you use?
Posted by TheNerdyUnicorn