Being a homeschooler, one of the best things we get to do are frequent field trips! Most recently we went to the Castillo de San Marcos castle during national park week. 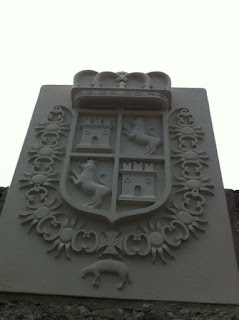 No, it's not a fort as I was used to calling it. One of the living history actors corrected me on that one. 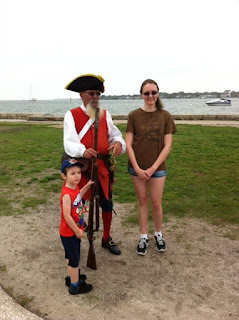 It's a castle because it has a moat and drawbridge. It's a very unique and special shape too. With the diamond corners it provides a perfectly clear view of every angle.
We were there for the cannon firing which happens daily and at certain times. 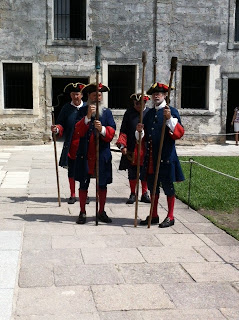 They have Rangers who give short condensed history lessons. From one of those lessons, we learned all the following facts: 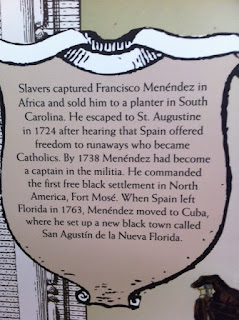 The Castillo de San Marcos was used as a prison by Americans to hold Indians who were being removed from their lands and taken to reservations. Most notably were Apache and also the wives and children of Geronimo. 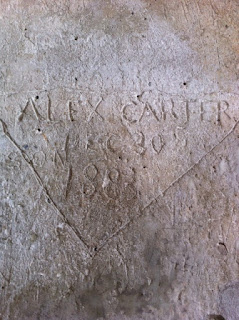 For over 300 years it was held strong by the Spanish. They finally gave it up in a trading deal to the English to get Cuba back. The English tried and consistently failed to capture the Castillo but never did. And when they did, they tried to hold double its capacity which required renovations and made their soldiers miserable during the summer months. 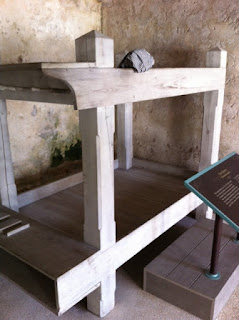 Prior to the Castillo, there were approximately nine other forts built around town. They were mostly destroyed by termites, fire and sieges though. 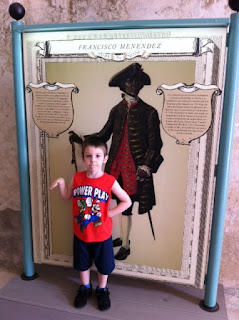 The Castillo is built from a special mixture that includes coquina which is a type of tiny shell here. It could actually absorb a cannon ball instead of being totally damaged. However, it had to be cut in over 40,000 blocks, dried over days-years and then built. It took many years to complete it. 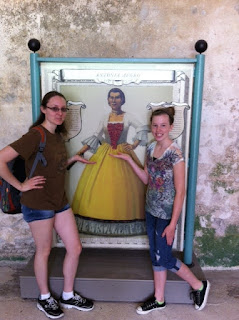 The moat never held water. During sieges, it kept livestock and prevented anyone from storming the walls.
The cannons were strategically placed to cover every part of the surrounding areas. The smaller ones could hit up to a mile away which is about where the St. Augustine lighthouse is now. The larger one can go up to three miles. It certainly kept ships far away. 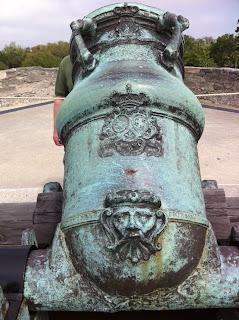 The bathroom pipes were "flushed" by the tides....
If you ever have the chance to be in town and want a special but fun learning adventure - I suggest a trip to the Castillo de San Marcos!
Posted by TheNerdyUnicorn