Where have our virtuous values vanished to?

Once upon a time...
We have all heard stories that start with those words. Nowadays it's the title of a hit TV show depicting classic fairy tales with a modernistic twist. 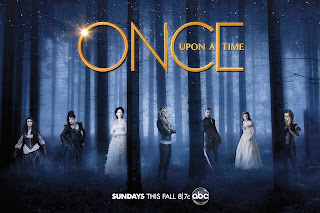 They are also typically the beginning of tales concerning bravery, honor, dignity, honesty and chivalry. Whatever happened to those virtues? 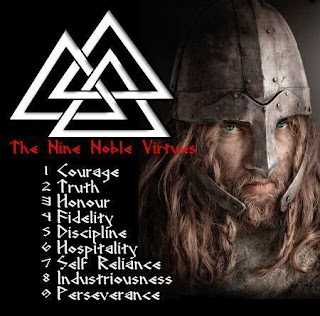 A man who would brave the monsters or stand before an army showing no fear, only courage, to his enemies. Women with honor worth fighting and dying for. Anyone ever heard of the old common law - You touch her, you marry her? Shot gun wedding? Even if you don't like musicals, Seven Brides for Seven Brothers is where I first learned the terms. I'm not a big musical fan, but that was one I could watch over and over. Historically, if you "touched" her, your choices were to marry her with her dad standing ready with his shotgun or he would hang you from the nearest tree. 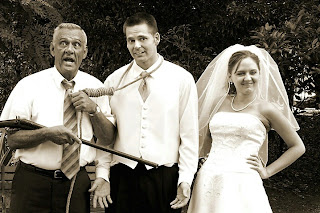 Dignity is a word that most people these days probably don't even know the meaning of. "Dignity - the quality of being worthy of esteem or respect." Once upon a time, you earned high esteem and respect by the way you acted towards and treated others. Just as the Golden Rule says: do unto others as you would have done unto you.
How many people these days feel guilty when they tell a lie? When I was growing up, there was no such thing as a white lie. You either tell the truth or you don't. And yes, sometimes the truth hurt. Sometimes people get their feelings hurt because they can't handle the truth. Or they just don't want to accept it. Does that mean we should just baby their feelings? I think not. It's raising a generation of pansy-hearted fools who want to live in a day dream of over-inflated egos. 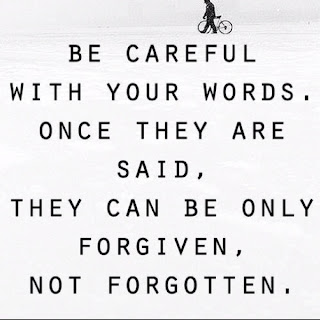 Chivalry, according to the dictionary means courtesy towards women. It was more than opening a door and letting a woman pass through first. A gentleman would lay down his cloak or coat over a mud puddle so that a lady wouldn't soil her petticoat. He would go that extra mile just to put her mind at ease or to see her smile. Don't get me wrong, I don't think women should be as weak as they once were. Fainting at the sight of blood? No, thanks. Nor would I want two guys to duel over my affections and have the winner (whoever was still alive) calling claim over me afterwards. It's the passion and honor though that has been truly lost. And to be honest, women may have been the ones who pushed it all away. Women fought for equality, which is fine in some areas. But we keep pushing. If a man holds the door open for the wrong woman, the response might be something along the lines of, "What? I can't open my own door?" when it should have been, "Thank you." 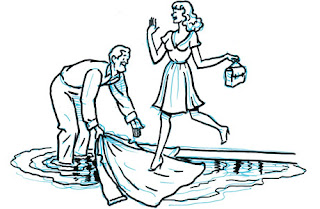 Today we have STD's running rampant, young girls becoming single mothers, guys chasing what's considered "easy tail", lying about anything and everything as easy as if they were telling the truth, stealing as though everything in the world belongs to them...
What happened? Will we ever truly see the once upon a time moments return? Or will they only appear in the handful of people who are still holding fast to the beauty of an age long past? They seem to be prominent in movies, television and books but the response to them is, "It's just a work of fiction. None of that is true. That doesn't happen in real life."
I hope everyone that reads this, takes a good look around them. I hope you pay more attention to others. Be a little more mindful of how you act and treat those you come in contact with. Who knows? Maybe we can revive old virtues once again.
Posted by TheNerdyUnicorn